Each season, we welcome about 20,000 teachers and students in grades PK-12 to our Arts for Young America School Series performances. Students have the opportunity to attend musicals and plays based on popular children's literature, biographical/historical plays, multicultural titles, and STEAM-related presentations.

In response to this unprecedented time and the need to ensure arts education access for all, we are offering a one-time $350 credit per school towards the purchase of any of the Spring 2022 Arts for Young America shows. If you have unused monies, it may be applied to the purchase of additional performances from the list . This offer is limited to Spring 2022 only and will automatically be awarded upon your reservation, no questions asked, no strings attached. For more information, contact aya@viterbo.edu. 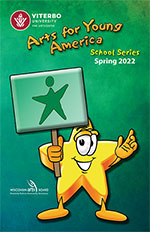 Freedom Riders, an original play by the Mad River Theater Works explores the valiant and courageous personalities behind one of the most critical chapters in the history of the Civil Rights Movement. The play demonstrates the importance of working together to affect change and specifically how non-violent protest was used to combat the cruelties of segregation. Set in 1961, 15 years after the United States Supreme Court had outlawed segregation, bus lines and cities throughout the south still enforced a ridge system of separating blacks and white citizens. The Freedom Riders, both black and white Americans, decided to travel together on buses that crossed state lines purposefully disregarding the hateful segregation practices that were still commonplace in so many parts of the United States. The unforgettable heroes and the facts behind the events portrayed in Freedom Riders are essential to a full understanding of the Civil Rights era and American History. 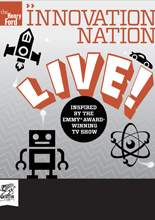 The two-time Emmy® Award-winning Saturday morning show comes to life in a brand-new production. Like the award-winning television show, The Henry Ford’s Innovation Nation–Live! will inspire audiences with entertaining and educational stories about yesterday and today’s visionaries and innovators, highlighting major turning points in the past and present that influenced the fields of science, technology, engineering, math, the environment, and social justice. The Henry Ford’s Innovation Nation–Live! is produced in partnership by The Henry Ford and Litton Entertainment, a leading independent production, and distribution company. The Griffin production will bring to life the world-changing innovations featured in the television show and preserved in the museum’s archives. With over 60 million annual viewers, Innovation Nation is part of The CBS Dream Team, It’s Epic!–Saturday morning line up on the CBS Television Network.

Holocaust survivor Peter Feigl was born in 1929 in Berlin. In August 1942, Peter’s parents were arrested and deported to Auschwitz where they were killed within a month of their arrival. Peter fled to Figeac, France. After escaping arrest in May 1944 when Germans raided Figeac, Peter escaped to neutral Switzerland over barbed wire fences with the help of the Jewish underground. He immigrated to the U.S. in July 1946 where he served three years in the U.S. Air Force. For 35 years, Peter pursued a career in international sales of aircraft and related services in the private sector and spent over five years as a Senior Negotiator in the Office of the Secretary of Defense. Since returning, Peter has traveled the world speaking about his experiences and detailed diaries he kept during the Holocaust. He’s a volunteer at the United States Holocaust Memorial Museum.

Priority tickets will be given to educators who register by Friday, Feb. 4, 2022 for the Teaching the Holocaust Workshop (March 31-April 1, 2022) presented by Viterbo’s D.B. Reinhart Institute for Ethics in Leadership. Register for the workshop here: www.viterbo.edu/holocaust-workshop

All reservations must be booked by Thursday, March 10, 2022.

Step right up and see a giant elephant perform incredible feats of wonder! This brand-new production features an original score, life sized puppets, and will wow audiences of all ages. Elephant Speaks Jazz follows sister and brother team–Lucy and Sam. When ordered to go outside and play they stumble upon an unlikely new friend, Ella the elephant. Little do they know the wild ride Ella will take them on across town, in a lake, and back to her circus home where they discover her hidden talent. Elephant Speaks Jazz is supported by the Jim Henson Foundation and is presented in collaboration with WonderStruck Theatre Co. as part of the Viterbo University New Works Festival.

Reservations must be booked by Thursday, March 17, 2022. Full payment is due by Tuesday, April 5.

The Adventures of Tortoise and Hare: The Next Gen 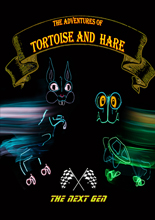 We begin with Aesop’s classic fable of The Tortoise and the Hare but continue the story which finds them ten years down the road, now with children of their own and exploring modern day distractions. Smart phones and video games create a new landscape of lost connections to life experiences. The Next Gen features Tortoise Junior and Lil’ Hare in a whole new kind of race; where their adventures lead them into unexpected territory. Old man Tortoise and Big Daddy Hare must come together despite their differences to find and save their children. What hurdles will they have to overcome to make it to the finish line? With dazzling visuals, poignant storytelling and the creative use of music from classical to pop, this production brings this tale into a new brilliant light.

Reservations must be booked by Thursday, March 24, 2022. Full payment is due by Monday, April 11. 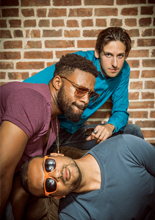 "Let's go see a poetry show." That is a sentence rarely proclaimed and usually responded to with cringes and excuses. The Mayhem Poets are on a mission to change that. Having been dubbed "an amazing ride" by the New York Times, this mind-boggling performance has been described as "The Simpsons meets Malcolm X at a Notorious B.I.G. concert". These theatre-trained, comedically-gifted, lyrical virtuosos seamlessly blend raw elements of hip hop, theatre, improv, and stand-up comedy to tell gut-wrenching truths that leave audiences forever changed. The Mayhem Poets’ unique approach to spoken word has landed them feature spots on the Today Show and Eyewitness News after winning first place and a grant for $100,000 in the Microsoft Idea Wins Challenge in 2006. Since then, they’ve been touring internationally and spreading their mission to reshape society’s view of poetry.

Reservations must be booked by Tuesday, April 5, 2022. Full payment is due by Thursday, April 21.

Click the Reserve Tickets button at the top of this page. You must fill out a separate order form for each performance you wish to attend.

For reservations made during the school year, full payment is due prior to the date of the performance. Each performance has its own reservation date and payment guidelines to observe. You will receive a confirmation email, invoice attached, within 5 days of your order.  For questions about payment information, contact Caitilin McCoy, patron services manager, at boxoffice@viterbo.edu or 608-796-3738.

All sales are final. If you experience a significant reduction in the number of seats needed and notify us of the change two weeks prior to the performance, we will review requests for refunds on a case-by-case basis. You may revise your numbers up to one week prior to the performance. Programs, artists, and dates are subject to change.

Seating location is determined by three criteria: 1) a group’s accessibility requests, 2) the date the initial reservation is made, and 3) if payment received by the due date stated on the invoice. We cannot guarantee that we will be able to accommodate every seating request but will do our best to honor requests in the order in which they are received.

Upon your order, communicate any accessibility requests your students have (wheelchairs, walkers, no stairs, visual or hearing impairments, etc.) so we can seat your group appropriately. Because of limited ability to accommodate these needs, we must have this information upon order, or at least two weeks prior to the performance. If a student who is hearing impaired requires an ASL interpreter but are not able to provide the ASL interpreter, inform us at least one month prior to the performance to allow us to make appropriate arrangements.

At this time, a face mask that covers the nose and mouth are required to be worn in all Viterbo University buildings. We will update this section if our policy changes.