Barry Fried has been Viterbo University’s athletic director since 1999, so he’s well aware of the misconceptions people have about the pace of his job in the summer.

“The myth in college athletics is that summers are dead,” Fried said. “In reality, you could argue there’s actually more going on in the summer. In some ways, that’s the busiest time.”

For perspective, Fried advised, think of a theatrical production and how much behind the scenes work goes into putting on a play before it hits the stage—casting, rehearsing, costuming, set design and construction, promotion, and more. The work that goes into the actual run of the play pales by comparison.

Throw COVID-19 into the mix and you have the craziest summer in Fried’s career.

“You’re dealing with so many moving parts and uncertainties,” he said. “It’s like solving a puzzle that can’t be solved. It’s been really fascinating how this whole thing is moving and rolling.”

As of mid-June, with in-person classes planned at Viterbo, the roughly 400 student athletes involved in women’s volleyball and men’s and women’s soccer, golf, and cross country look to have nearly a full schedule of competitions ahead of them. The one sport that’s still up in the air, Fried said, is fall baseball.

That doesn’t mean that everything will be business as usual. Efforts to prevent viral spread will have an impact on all aspects of Viterbo’s athletics program, including how practices are run, how athletes and coaching staff are transported to events, number of hotel rooms needed for away games, the number of spectators allowed, and even what will be available if anything at concession stands.

“We are preparing to have fall sports with all the risk management and mitigation in place for our teams,” Fried said. “We’re one of the leaders in the area in terms of putting together a safe plan.”

So far, COVID-19 has not had a major impact on the number of student athletes expected to be on campus for fall semester. “We have been remarkably surprised and impressed and pleased at the tentative responses from the athletes as far as whether they’re coming to school,” Fried said. “It’s been way more stable than I’d ever have anticipated.”

The NAIA required schools to delay the start of practices and competition by two weeks, so that means coaches are now working on trying to reschedule any events prior to Sept. 5. The NAIA also mandated a reduction in the number of events for some sports, Fried noted, adding that the NAIA also has built in flexibility to make decisions on a local and regional basis.

Viterbo athletes will be tested for COVID-19 when they arrive on campus, and tested again within seven days of the first competition. Those athletes who come from other countries or states that are considered COVID-19 hot spots might have to be quarantined for a time before participating.

An education program has been created for athletes (and all Viterbo students) to ensure they know and will follow best practices in preventing spread of COVID-19. “Our success is directly correlated to their decisions,” Fried said. “We have to do a really good job of messaging to our athletes.”

Before every practice and event, all athletes will have their temperature taken and answer health screening questions. Use of locker rooms will be limited, and cleaning and sanitizing after practices and games will be ramped up.

Attendance at indoor home events will be limited to 25 percent of capacity. That works out to 200 people at the VAC, and that includes staff and team members. Fried figures an average of 60 staff and team members, so the number of spectators allowed will usually be about 140. Seating for spectators will be appropriately spaced out, and concessions could be limited to bottled beverages and prepackaged items or eliminated entirely.

Bus travel to away games will have athletes sitting in every other seat, and at hotels all athletes will have their own beds—previous practice was to have two share a bed to cut down expenses.

With the need to use more buses and book more hotel rooms, perform COVID-19 tests and screenings, spend more on cleaning, and do with less revenue from attendance and concessions sales, it will be a tough year financially for the athletics department.

Excluding soccer, Viterbo teams are in the North Star Conference, and most of the teams they compete against are in North and South Dakota, states that have not been hit as hard by COVID-19. As of mid-July, some of the towns V-Hawks would travel to for games hadn’t even had a single confirmed case. Fried noted Valley City, North Dakota, tested 900 residents and nobody tested positive for the virus.

When away events take place in bigger cities designated as COVID-19 hot spots, Fried and coaches will assess a variety of risk assessment factors to determine whether Viterbo athletes can safely compete there. “It’s not an automatic cancellation, but it’s, ‘Let’s look at this now,’” Fried said.

While Fried and his staff have worked a lot of extra hours this summer to come up with a plan to safely conduct a fall sports season, it’s possible—or even likely—the picture could change before. That unpredictability is why Fried has worked up contingency plans for several other scenarios. 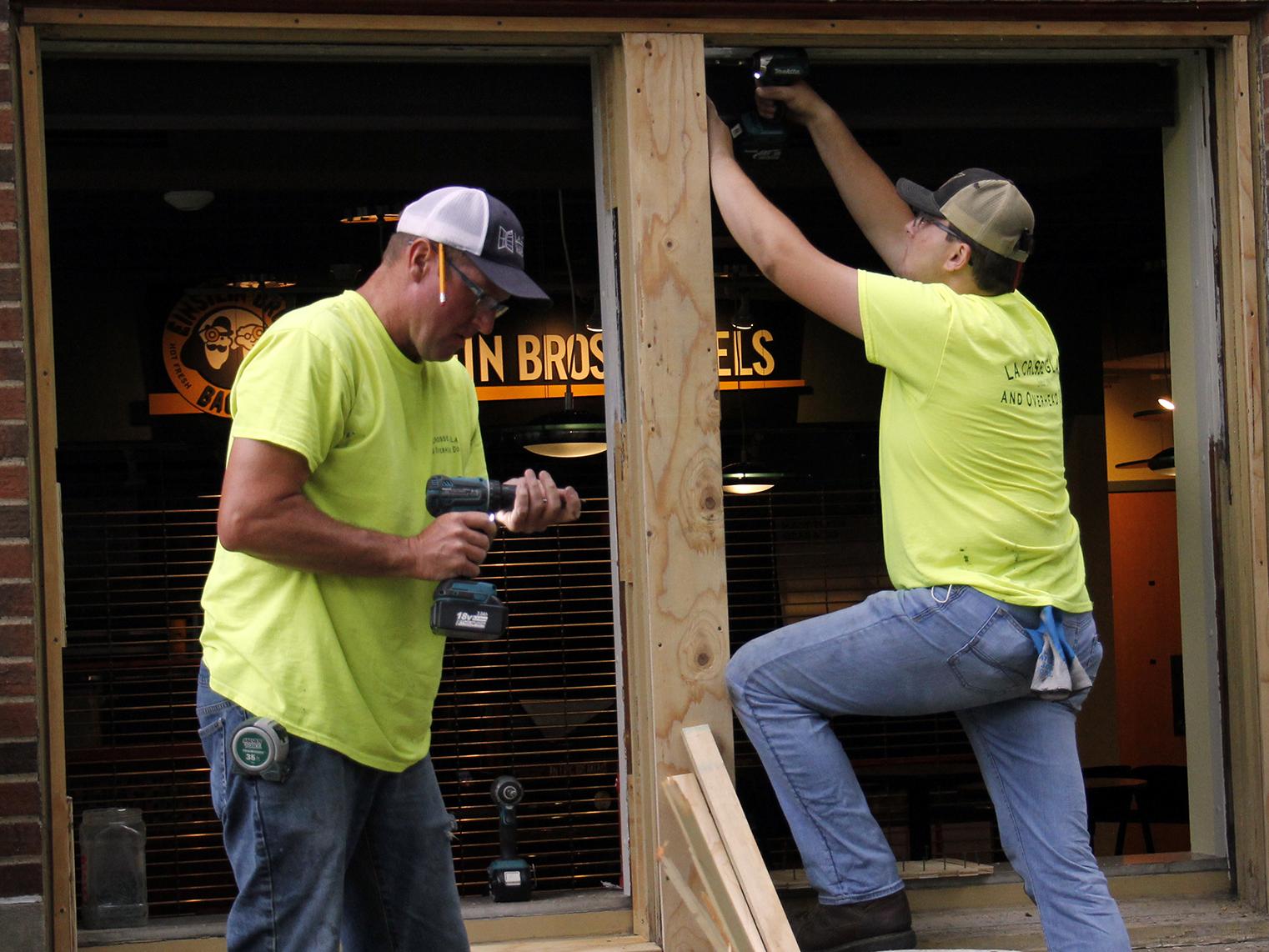 Summer break is always busy for physical plant staff, but COVID-19 made it busier. Adapting classrooms, residences, and common spaces became a priority, in addition to working on the FSPA Prayer Garden, an expanded VAC strength training facility, and replacement of Murphy Center windows. 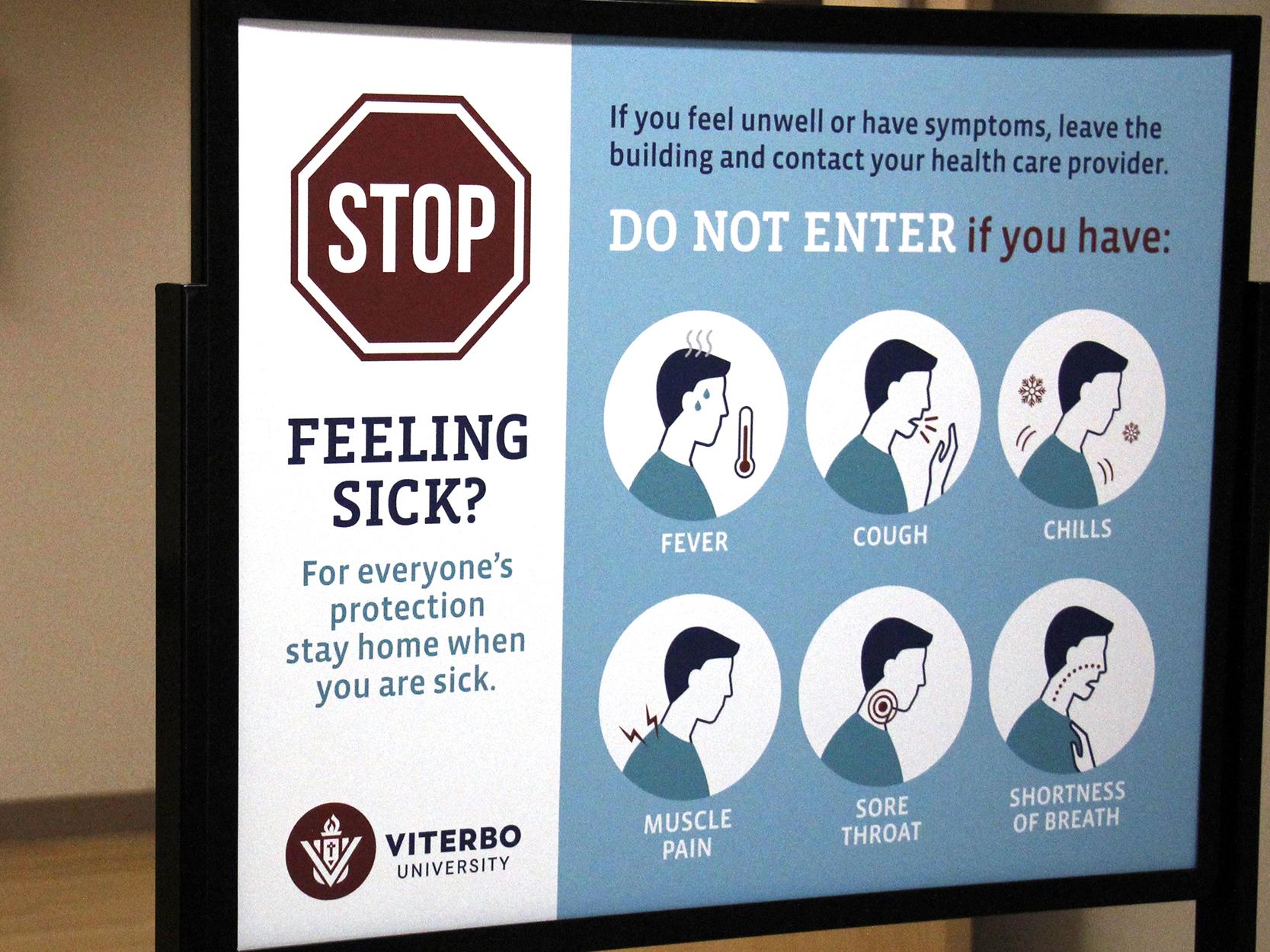