Emily Dykman: A Life of Faith and Harmony

An accomplished pianist as a high school student in La Crescent, Minn., Dykman got an early start for her Viterbo experience after she was recruited to fill in as a rehearsal pianist for a student production of Godspell.

“In early August, I show up in the dance studio and there’s this group of students, all juniors and seniors probably, and me, shy little Emily, walking in wearing combat boots and a flannel shirt,” Dykman said. “I very quickly realized that even people like me could belong there. I was so quickly embedded. It was very clear even before the first day of class that Viterbo was a place where I would belong.”

Viterbo is still a place where Dykman feels like she belongs, but now it is as a professor of religious studies and theology.

If you’d asked young Emily in the combat boots whether she thought she’d ever be a religious studies professor, she probably would have laughed. Music was her passion. She might have seen herself teaching piano performance in college, but theology?

She didn’t see it herself, but the signs were there, signs that her mother saw before she did. Dykman grew up in a Catholic family, the fifth of six children. Both parents were eucharistic ministers, and the whole family sang in the church choir. As a sophomore in high school, Dykman was the regular church organist.

“My mom kind of always knew I would end up working in the church,” she said. “I love ritual, I love tradition, I love the history of things. That really drew me into it.”

In her sophomore year at Viterbo, Dykman started to get more interested and involved in campus ministry, partly because of the arrival of Earl Madary, an influential figure for many on the Viterbo campus who died tragically young in 2007. Madary, who started in campus ministry before becoming a religious studies professor, recruited Dykman for the San Damiano Chapel choir, helping to set her on her journey of faith.

Dykman added church music and religious studies minors to her music performance major, and when she graduated, she planned to pursue a master’s degree in piano pedagogy but switched course after auditioning at a couple grad schools.

“It just wasn’t in my heart. I didn’t feel great about it,” Dykman said. “Instead, I started looking at church jobs.” 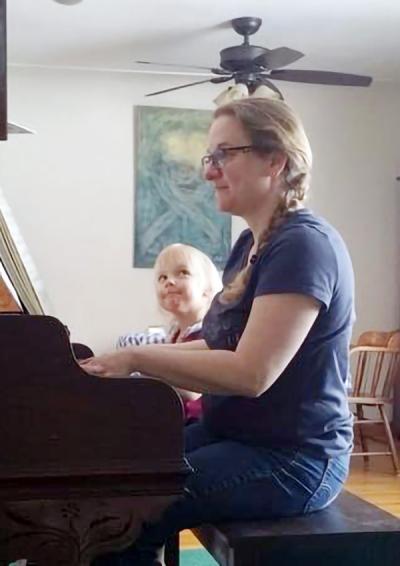 For almost six years, Dykman worked in parish positions involving music, teaching music, directing choirs, and embedded in pastoral ministry. She was at St. Elizabeth Ann Seton Catholic Church in Holmen, having completed work on a master’s degree in pastoral ministry from Saint Mary’s University in Winona, Minn., when she got a call from Madary asking her to come take over his job in Viterbo campus ministry, which also involved teaching some introductory classes.

When she decided to come to Viterbo, she quickly came to love teaching classes. A couple years later, when Viterbo made the campus ministry position full time and eliminated teaching from the job, Dykman decided to devote herself to teaching.

If there have ever been times when Dykman wasn’t comfortable at Viterbo, it was those first couple years of teaching, when she walked the halls as a peer to the teachers who taught her so much, especially Madary and Tom Thibodeau. “The first five years or so it was super awkward,” she said. “Now I love the fact that I’m still that strongly connected. It’s kind of like being the family member who holds onto the family story. I love it. It’s such a great place.”

Dykman’s Viterbo contract stipulated she had to earn a doctoral degree. On Thibodeau’s advice, she went to Luther Seminary, where she was the only Catholic and the only one in the program involved in academics instead of active ministry. “People were puzzled by me,” she said.

Going on 15 years as a Viterbo professor, Dykman is on sabbatical this semester. She’s working on a paper on the Franciscan CORE program she founded to present at the Academy of Religious Leadership conference in St. Paul. She’s also working on completing a new Viterbo prayer book, a project that has been in the works a few years.

Dykman has had a bit more time during the sabbatical to spend with her husband, Eric, who earned an MBA from Viterbo in 2007, and their children, Jacob, Lucas, and Eloise.

She also has had time to reflect on spirituality and her place in the world, something she finds immensely valuable.

“Spirituality in very broad terms is about our connection to the world around us, about the understanding there is something beyond ourselves that we are connected with,” Dykman said. “I have always had this interest in what it means to belong. As I look back over all of the work I’ve done as scholarship, all of it has this facet of the importance of belonging, of community.” 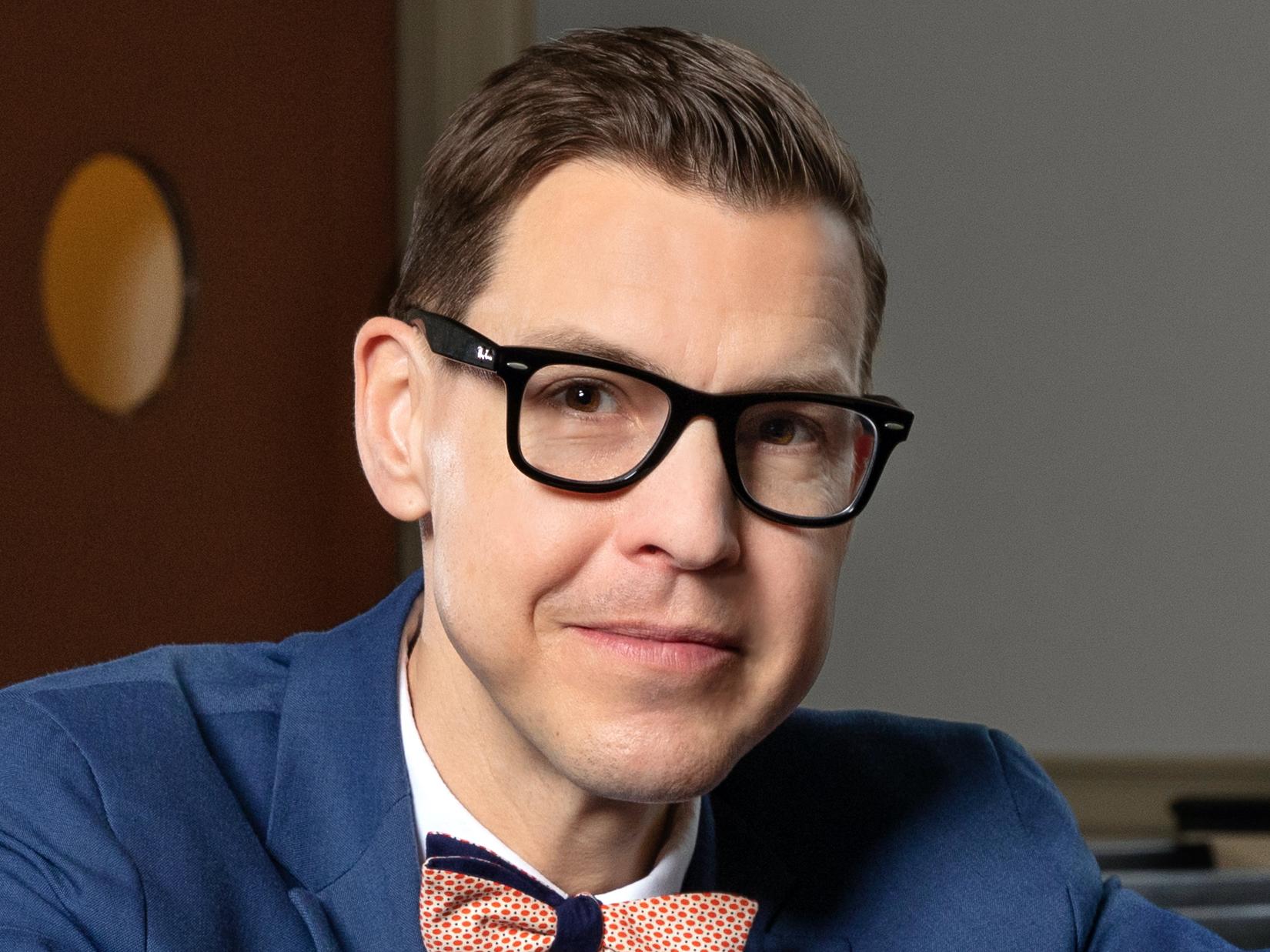 The Rev. Brian Konkol '01 started at Viterbo intent on becoming an attorney, but found a ministry path instead that led him to Hendricks Chapel at Syracuse University. 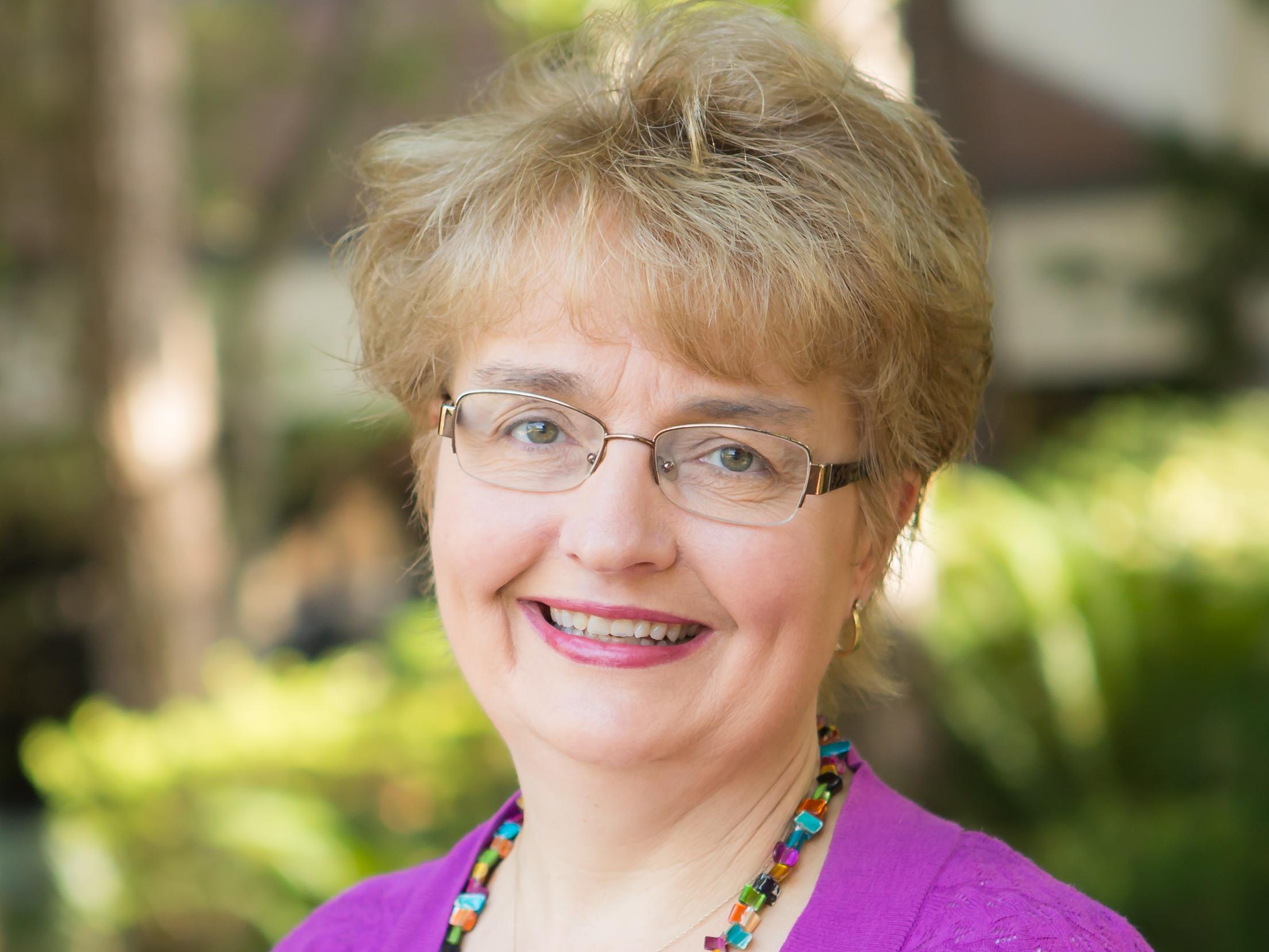 Lynnae Schatz: Caring to the Core

Since graduating from Viterbo, Lynnae (Salzwedel) Schatz ’84 has had a career in nursing and ministry. She's led a life characterized by a solid core of caring. 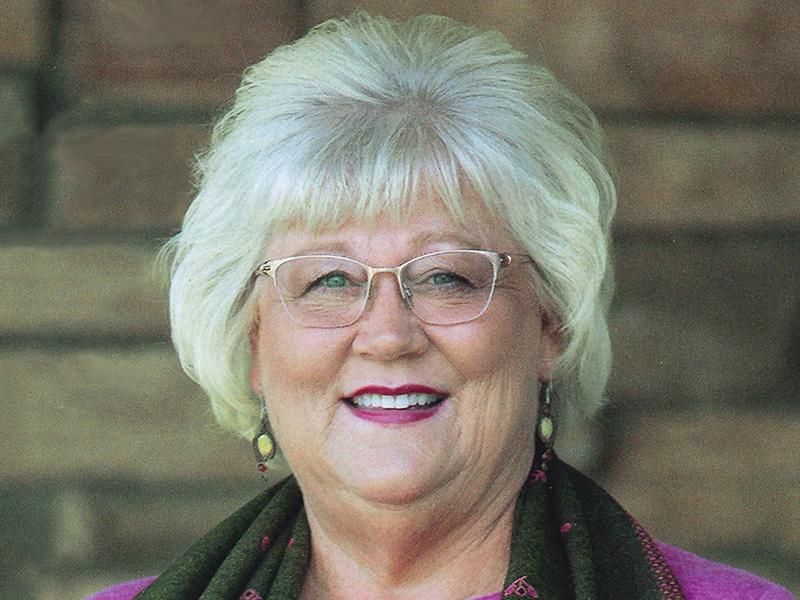 Susan Rieple Graf ’82 is no stranger to major changes of course in her life path. The latest detour, though, has taken her down a road traveled by few, if any, others. 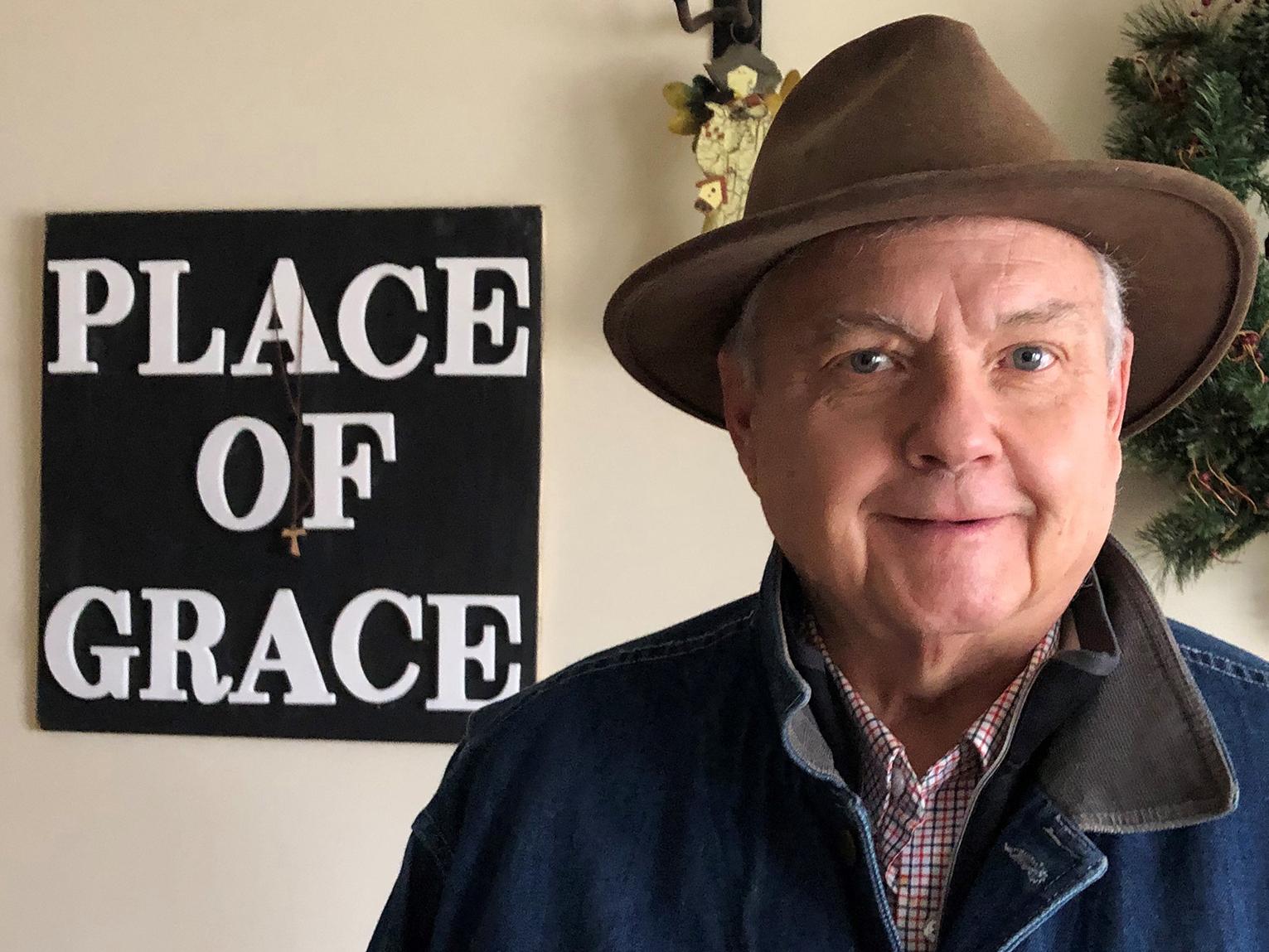 For 25 years, Place of Grace Has Offered Lessons in Service

At Place of Grace, says Tom Thibodeau, "our basic philosophy, our mandate, if you will, is treat each person who comes through the doors as if they were Christ Himself.” 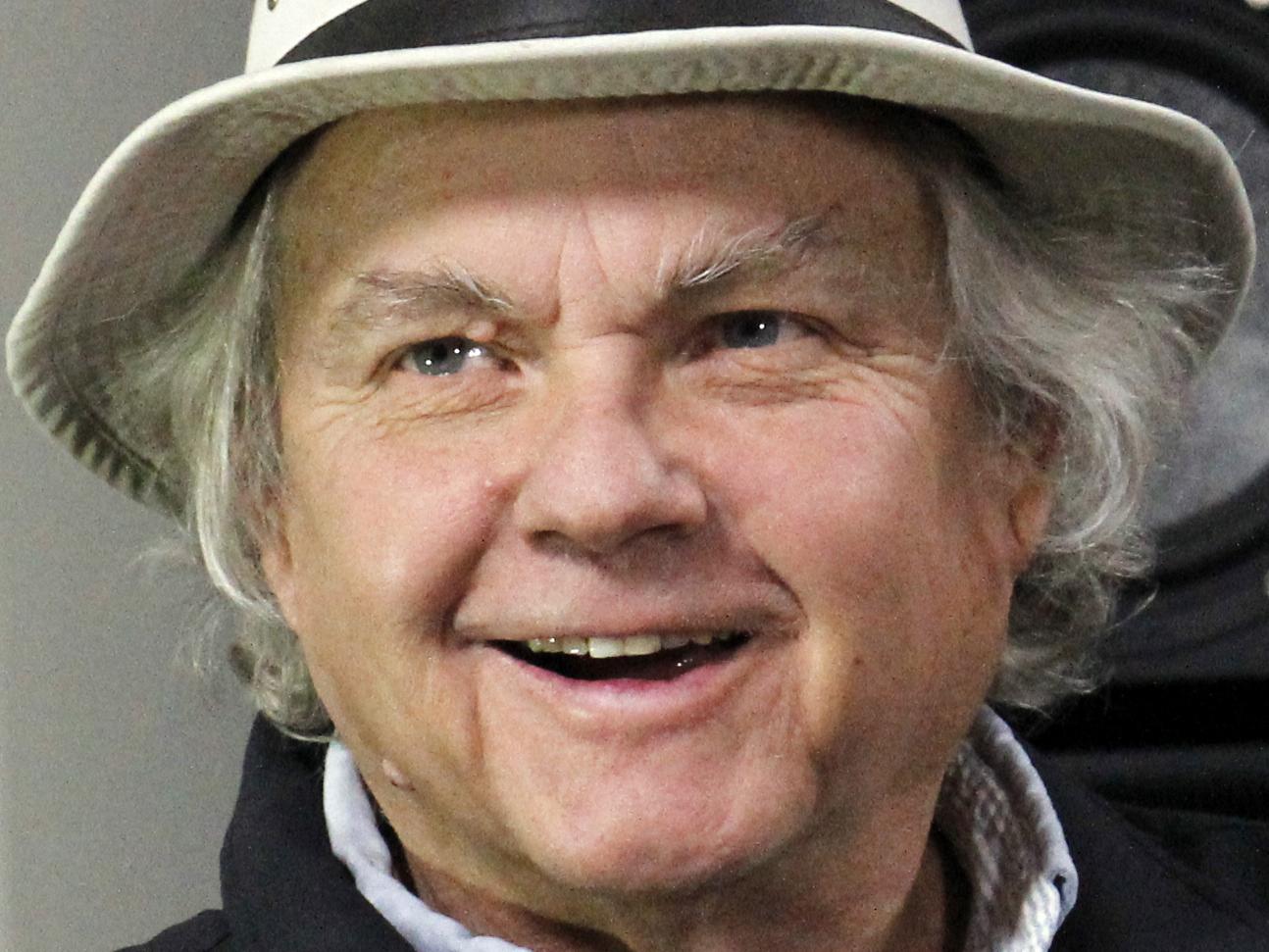 Tom Thibodeau and musician/activist Larry Long launched a radio show/podcast/video project in September 2020, "Conspiracy of Goodness," that aims to “strengthen connections, expand communities, and create possibilities in working for the greater good every day.”