We are in the planning stages of the workshop, but excited that in 2022 we will meet in person on the Viterbo Campus. Holocaust survivor Peter Feigl will be the keynote speaker in addition to Stephen Feilberg and Alex Stevens as presenters. Check back for updates on additional presenters. Also, Tony Evers signed into law mandating Holocaust education be taught to WI middle school & high school students.  So now more than ever, it is important to teach about the Holocaust to prevent atrocities from being repeated. The workshop will empower middle and high school teachers who want to learn more about teaching the lessons of the Holocaust in their schools and will feature national and local Holocaust scholars.

Peter Feigl, the only child of Ernst and Agnes Bornstein Feigl, was born on March 1, 1929, in Berlin, Germany. His father, a mechanical engineer, worked for a multinational company selling automotive equipment throughout Europe while his mother stayed home to raise Peter in an upper middle class environment. When the family, who were non-practicing Jews, moved to Vienna in 1937, Peter was baptized in the Catholic Church in the hope he would be shielded from the virulent antisemitism in Germany and Austria.

In March 1938, Germany annexed Austria. Peter’s father fled to Belgium. When Germany invaded Belgium on May 10, 1940, his father was arrested as an enemy alien. Peter, his mother and grandmother fled to France where they were detained in Gurs as enemy aliens.

In June 1940, Peter and his mother were released from Gurs. With the help of local nuns, they settled in Auch, west of Toulouse, where Peter's mother was given part-time work in a food distribution center operated by American Quakers and the Swiss Red Cross. This helped the family move into a one-room apartment in Auch. Peter’s father, who also had been interned in Gurs, was released for health reasons and was allowed to join Peter and his mother in Auch in the spring of 1941. Meanwhile, Peter’s grandmother joined Peter’s aunt in Spain. They eventually obtained visas to the U.S. However, for Peter, his mother and father, several attempts to obtain U.S. immigration visas were unsuccessful.

In summer 1942, the Vichy government, in collaboration with the Nazis, began rounding up Jews and deporting them to German concentration camps in Poland. On Aug. 26, 1942, unbeknownst to Peter who was in a Quaker summer camp, his parents were arrested and deported to Auschwitz where they were killed within a month of their arrival. With the help of the Quakers, Peter was sent to the predominantly Protestant village of Le Chambon sur Lignon. In the area surrounding Le Chambon nearly 5,000 people seeking refuge, among whom 3,500 were Jews including many children, were sheltered. In the village, Peter was given false identity papers and sent as a boarding student to a high school in Figeac, France. From there, after escaping arrest in May 1944 when Germans raided Figeac, Peter escaped to neutral Switzerland over barbed wire fences with the help of the Jewish underground.

Peter immigrated to the U.S. in July 1946 where he served three years in the U.S. Air Force. For 35 years, Peter pursued a career in international sales of aircraft and related services in the private sector and spent over five years as a Senior Negotiator in the Office of the Secretary of Defense. Since retiring, Peter has traveled around the world speaking about his experiences and two diaries he wrote detailing his experiences during the Holocaust. In 1954, Peter married Leonie Warschauer and had two daughters. He is now a volunteer at the United States Holocaust Memorial Museum.

She received the Pope John XXIII Award for Distinguished Service from Viterbo University in 2017. The award, the highest non-academic award conferred by Viterbo, is given to those who have distinguished themselves through outstanding leadership and through service to higher education, to community and to humankind. In 2018, Clott received the Iverson Freking Ecumenical Recognition Award, which recognizes the dedication of people to ecumenical endeavors and who reflect a positive commitment to Coulee Region communities. Darryle is the 2019-2020 Mrs. Oktoberfest. 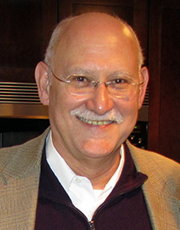 Stephen Feinberg had the honor of working at the United States Holocaust Memorial Museum (USHMM) in Washington, D.C. from 1996–2011. From 1996–2000, he was responsible for the development and implementation of the Museum Teacher Fellowship Program. As director of the National Outreach program at the USHMM from 2000–2009, he was responsible for the creation, design, and implementation of the Museum’s entire national educational outreach program. He was the special assistant for education programs in the National Institute for Holocaust Education (NIHE) at the USHMM from 2009–2011. In this capacity, he coordinated NIHE’s international educational activities as well as directing the USHMM’s teacher education programs in California, Florida, Texas, and Illinois.

Prior to his work at the Museum, he was a social studies teacher in public and private schools in Massachusetts, Pennsylvania, and Paris, France. He also served as a Peace Corps volunteer in Morocco (1968–1970) and Thailand (1974–1975). Feinberg received a bachelor's degree in history from UCLA and a master's degree from Harvard University’s Graduate School of Education.

Alex Stevens is a graduate of the University of Wisconsin–Green Bay where he earned a B.A. in History and completed UW-Green Bay’s professional program in education. He began his collegiate education at the University of Wisconsin–Marinette. It was there where he was exposed to several interdisciplinary courses that integrated film, literature, and music with the study of history. He has taught at Saint Thomas Aquinas Academy in Marinette since 2015. He teaches a variety of social studies classes to middle and high school students, incorporating extended units examining the Holocaust. In fall 2018,  he taught a course on Nazi Germany and the Holocaust. In 2019, he received the Teacher of the Year Award by the VFW’s 8th District.