Since 2002, the D.B. Reinhart Institute for Ethics in Leadership has collaborated with the Dahl School of Business to host a series of "brown bag" presentations featuring regional business leaders. The purpose of the series is to bring students and community members together for regular discussions about the values and virtues that inform successful business practices.

The presentations are free and open to the public. No registration is required.

Jonah Larson is a 12-year old crochet prodigy from La Crosse. His infectious enthusiasm and commitment to giving back have earned him a worldwide following. His story has been featured in hundreds of articles including in the New York Times, The Times of London, Forbes, Oprah Magazine, People and USA Today. He has appeared on the Today Show, Little Big Shots with Melissa McCarthy, The Kelly Clarkson Show and Pickler & Ben to name a few. Larson most recently landed a position as a regular correspondent on The Drew Barrymore Show beginning Sept. 14, 2020.

At age 11, Larson authored his first book, Hello, Crochet Friends!: Making Art, Being Mindful, Giving Back: Do What Makes You Happy. His second book, Giving Back Crochet—Jonah Larson was released June 2020. Larson is most proud of his philanthropic work and has funded his first Jonah’s Hands Library in Ethiopia in the rural village where he was born. He also built those same children a science lab. He is raising money to fill the science lab with the equipment it needs. Larson speaks nationally about doing what makes you happy and the importance of inclusivity. He has won hundreds of awards for his crochet pieces and designs; often selling these items to raise money for his philanthropic work in his community. Larson started his own business,  Jonah's Hands, LLC, at age 11. On his website, he features tutorials teaching others to learn crochet. His most famous phrase is, “Crochet brings the world together one stitch at a time.”

A recording of Leadership at Noon with Bob Kirchoff is available for viewing on the Viterbo University Reinhart Institute for Ethics Facebook page until Oct. 15, 2020. Sharing and download functions are disabled.

Bob Kirchoff​ was appointed CEO by the CROPP board of directors in 2019. Although he signed on as chief business officer in 2016, he is no stranger to the cooperative. In fact, he has been involved with CROPP since 1993 because of his long tenure at the St. Paul-based Schroeder Company, which was the first processor to take CROPP's organic milk.

In his role, Kirchoff helps guide strategic planning and associated implementation, develops entrepreneurial partnerships to create new revenue streams, integrates resource allocation efforts with planning and outcome assessment, and supports the development of creative business solutions to the challenges CROPP faces. ​​He looks forward to his next phase of CROPP leadership. 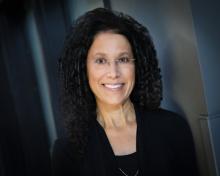 Stacy Shapiro is president of Shapiro Strategies (a consulting and training firm) and has over 25 years of leadership experience. She received a communications degree from the University of Wisconsin and has held various leadership roles nationwide. In her current work, she passionately encourages businesses, colleges and universities (and departments thereof), nonprofits, and organizations to focus on quality leadership, positive communications, and the pursuit of excellence—all while setting a values- and mission-driven course for the future. Shapiro is committed to community service and feels honored to be a part of the D.B. Reinhart Institute for Ethics in Leadership Advisory Council.

Stephanie Helmers is a dedicated yogi, avid fitness lover, soul-inspired entrepreneur, a lifelong learner and a teacher through and through. When she opened her business, Zen and Pow Studio, in 2013 at the age of 20, she solely taught cardio kickboxing and yoga. Hence, the name Zen and Pow. Since then, Helmers continues to grow and learn in her teachings of fitness, yoga, and business to offer her members a total mind, body and soul experience. More than just a fitness or yoga studio, her vision for Zen and Pow is to offer constant support and encouragement for our good vibes tribe of members and instructors at the studio. Along with teaching classes at the studio, she has developed a strong love for business and entrepreneurship as she works on branding, marketing, building up her team, and ultimately taking her business to the next level. A true lover of fitness and business, Helmers is dedicated to her mission of helping others and goes above and beyond every day to offer positive, uplifting energy to her tribe. 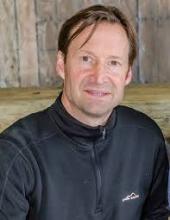 Architect and La Crosse native Roald Gundersen will share some of his career efforts at social and environmental activist projects and businesses from Biosphere 2 in Arizona, cold climate greenhouses, Cameron Park Farmers Market, Festival Foods in Madison, and most recently the Riverside Park band shell, and a proposed tree dome for Madison. He co-founded WholeTrees in 2007 to help develop a prosperous relationship with forests and win Benefit Corporation status as one of the first businesses to do so in Wisconsin. WholeTrees, headquartered in Madison, helped to build the Myrick Hixon EcoPark Center and is working to rebuild the band shell at Riverside Park, both in La Crosse. 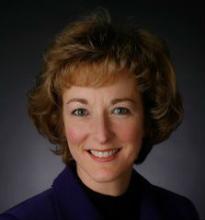 Shelly Mayer is the executive director of the Professional Dairy Producers of Wisconsin (PDPW), the largest dairy producer-led, educational-based organization in the country. The organization has led the national effort to define dairy animal well-being and maintain customers’ confidence that the industry embraces the moral obligation to take good care of their animals and produce safe and abundant dairy and meat products. Her work has helped dairy farm families across the country work proactively on issues ranging from improving business profitability, community relations, environmental management, leadership development, food safety and animal health to labor issues, industry relations, mentoring the younger generation, and family business transition.

Mayer grew up on a dairy farm in southwestern Wisconsin. She graduated from the University of Wisconsin with a Bachelor of Science degree in agricultural journalism and dairy science. 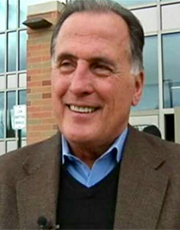 Lee Rasch founded LeaderEthics-Wisconsin in March 2018, a nonprofit/nonpartisan organization committed to promoting ethical leadership among elected officials. He serves as the executive director of the organization.

Prior to this experience, he served as president of Western Technical College from 1989-2017. Throughout his career, he has actively promoted leadership development, continuous improvement, economic development and sustainability at the national, statewide, and local levels. He has written articles and given numerous presentations on these topics. Rasch was chair of the Legislative Committee for the Wisconsin Technical College System for more than 15 years. He was a democratic candidate for the U.S. Congress in 1994 and 1996.

Rasch has a doctorate in Higher Education Administration from Illinois State University. He is married to Susan Fox. They have two children and three grandchildren. In his spare time, Rasch sings in a barbershop quartet and sings and plays bass guitar in a rock band, The Executives. 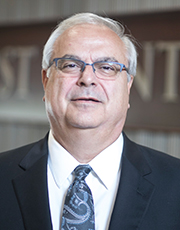 Kent Handel has served as President and CEO of Trust Point Inc. since August 2001. Trust Point provides trust and investment management services across the country between their headquarters in La Crosse and their Eau Claire and Minneapolis branches. Handel leads by example, encouraging community involvement and philanthropy, which have long been ingrained in the corporate culture at Trust Point.

He is a graduate of Morningside College in Sioux City, Iowa, with a bachelor’s degree in business administration. Handel has more than 37 years of experience in the financial industry, including consumer lending, broker/dealer management, fixed income and equity portfolio management, and trust administration. Prior to joining Trust Point, he worked for Security National Bank, as senior vice president in charge of the organization’s trust and investment functions.

He has held numerous board positions including chair of the Riverfront Board, treasurer for Riverland Girl Scouts and the La Crosse County Historical Society board, and president of the La Crosse Club. He served as president on the Viterbo University board of trustees from 2012–18 and remains an active member of the Viterbo board. 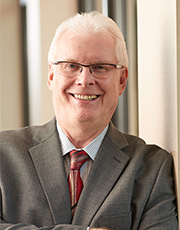 Jack Peplinski is president and CEO of Altra Federal Credit Union. Altra is a Financial Cooperative serving over 103,000 members in all 50 states and over 40 foreign countries. Peplinski received a B.A. in accounting from Winona State University and an MBA from University of Wisconsin–La Crosse. He joined Altra in 1990 as vice president for Market Development and Planning. Since then he has held various operational roles before becoming president and CEO in 2011.

Servant Leadership and the Credit Union Cooperative business model complement each other.  Peplinski views his role more as a facilitator in making sure his team is empowered, trained, and motivated to help Altra members live their best life. 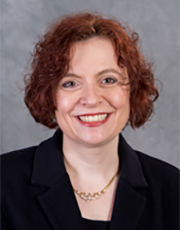 Cynthia Hougum just moved into the position of  VP, Product and Customer Excellence, a part of GE Healthcare’s Digital Imaging business.  Hougum has been with the General Electric Corporation for 25 years joining GE’s former Advanced Materials (Plastics) business on the Technical Leadership Program and then moving to GE Healthcare medical equipment and Life Sciences businesses. She has worked on business transformation and turnarounds across three industries and seven divisions, which include but are not limited to Acquisition Integrations from Customer to Ops, Product Management, R&D, along with Business Digitization (IoT) covering from Sales to Supply Chain to Finance. Her expertise in business turnaround situations, mergers and acquisition integrations has resulted in an average of 40% ROI in sales and employee growth of 25%.

Teamwork is core to any successful business and she considers it a privilege to have successfully led large teams across eight countries with three expat assignments which honed her global approach to leadership and business. 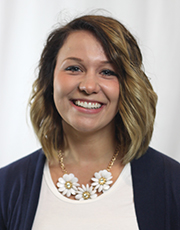 Kaise Aschliman is a human resources specialist at Acuity Insurance in Sheboygan. She started her career in HR in June 2017 after graduating from UW-Green Bay with a Bachelors of Business Administration with a double emphasis in Human Resources and Management. During her time at UW-Green Bay, she was the leader of the SHRM Chapter and involved with Current Young Professionals. She also held several positions related to HR having an internship at a local insurance company as an HR intern and working at Lambeau Field in several positions mostly enjoying her time assisting the HR team with orientation and onboarding. Through her time in college and now as a young professional, Aschliman has always tried to find ways to develop herself as a leader and influence others, which in her eyes will always be a continuing and evolving journey. 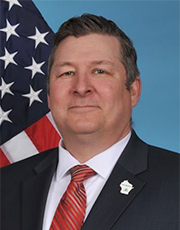 Michael Modawell is a native of West Salem, graduating from West Salem High School in 1987. That same year Michael joined the United States Army. While serving on active duty, his assignments have taken him to Bosnia, Croatia, Germany, Hungary, the Czech Republic, and Serbia. He remained on active duty until 1997 then transitioned into the Wisconsin Army National Guard and later the U.S. Army Reserve, eventually retiring with 26 years of military service.

Some of his career highlights include serving in Germany during the fall of the Berlin Wall and the collapse of the Soviet Union; Peacekeeping Operations in the former Yugoslavia; and providing antiterrorism and espionage training to over 30,000 Soldiers deploying to Iraq and Afghanistan.

He has worked at Fort McCoy since 1998. He assumed his current duties as Business Development and Strategic Engagement Officer in September 2017. He served previously as the Fort McCoy Command Security Officer (2010-2017), Command Force Protection Officer (2000-2010) and Police Captain (1998-2000). Modawell earned a master’s degree in Business Administration with strong emphasis on ethical leadership and a bachelor’s degree in Business Administration focusing on organizational management from Viterbo University.