“The good of the individual by himself is certainly desirable enough, but that of a nation and of cities is nobler and more divine.”
—Aristotle, Nicomachean Ethics

The 2019 Conference on The Ethical City seeks to gather scholars for a national conversation on the roles of individuals, institutions, businesses, and government agencies in providing for the possibility of an ethical life together in contemporary urban settings.

Registration is closed.  Please contact Nicole Van Ert at nmvanert@viterbo.edu with any questions. 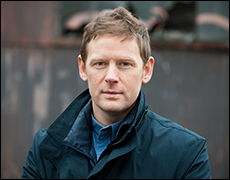 Charles Montgomery is an award-winning author, urbanist, and leader of a consultancy building more happiness into cities. He is the author of the book Happy City, about which The New York Times wrote: “Happy City is not only readable but stimulating. It raises issues most of us have avoided for too long. Do we live in neighborhoods that make us happy? That is not a silly question. Montgomery encourages us to ask it without embarrassment, and to think intelligently about the answer.”

He has advised and lectured planners, students, and decision-makers across the U.S., Canada, the U.K., Saudi Arabia, and Mexico. He also creates experiments that challenge us to see our cities—and ourselves—in entirely new ways. Montgomery’s Home for the Games initiative led hundreds of people to follow his example and open their homes to strangers during the Vancouver 2010 Olympics. Working with the BMW Guggenheim Lab and the citizens of New York City, he transformed an empty lot into a machine to maximize feelings of altruism. Whether it is empowering people to re-imagine a city street using hundreds of giant building blocks, or challenging them to hug complete strangers, each experiment is driven by insights in the science of human wellbeing. Montgomery’s work ultimately nudges us out of our comfort zone to find a hopeful new vision for cities of joy.

Montgomery and his team have turned the lessons from Happy City into a tool for helping people bring more happiness into their cities. They are using it to transform places and people’s lives in Mexico City, Auckland, London, and elsewhere. Montgomery launched the world’s first Happy Neighborhood Audit in Mexico City, and his team also began work with the World Health Organization’s Europe Healthy Cities Unit. Montgomery has also been working with TIME magazine on an interactive survey exploring happiness in American cities.

Montgomery’s writings on urban planning, psychology, culture, and history have appeared in magazines and journals on three continents. Among his awards is a Citation of Merit from the Canadian Meteorological and Oceanographic Society for outstanding contribution towards public understanding of climate change science. His first book, The Last Heathen, won the 2005 Charles Taylor Prize for Literary Nonfiction and vigorous praise from reviewers in The New York Times, The Guardian, and elsewhere.

The goal of this project is to help students make a contribution to the common good by advocating for social justice. Students can either identify a local/regional problem, practice, or issue  that they think is unjust/unethical, or identify an institution/resource that is desperately needed in our community, formulate a morally responsible strategy to help remedy the problem, enact some feature of their recommendation through community engagement, and document their experience through a short video.

Students will work in groups of three or four and create a five-minute video documentary that gives an overview of the group project. The videos will be presented as part of The Ethical City conference.  First prize will receive $1,000, second prize $500 and third $500.  For questions contact Jason Howard at jjhoward@viterbo.edu or Ryan Anderson at rlanderson@viterbo.edu.  The competition deadline is Monday, March 25, 2019.

Competition Resources
The University of Southern California (USC) conducted a similar video project.  Check out this link to view their videos.  Additional resources are linked below: