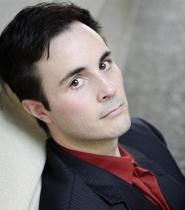 Gary marked his European debut with La Musica Lirica where he performed Mozart’s Requiem. He can be heard on various recordings on the NAXOS and Albany labels. Television appearances include the role of Pish-Tush in Skylight Opera Theatre’s production of The Mikado, broadcast on Wisconsin Public Television. Dr. Moss holds a B.Mus. in vocal performance from the University of Utah, and both a MM and DMA in vocal performance from the University of Michigan, where he studied with Lorna Haywood and Martin Katz. Recent engagements include the roles of Major General Stanley in The Pirates of Penzance, Agamemnon in La Belle Hélène, Johann Lutz in The Student Prince, Wilfred Shadbolt in The Yeomen of the Guard, Schaunard in La Bohème, Danilo Danilowich in The Merry Widow, Billy Bigelow in Carousel, Vent du Soir in Vent du Soir, and Fresco in The Fortune Teller. Gary has a strong passion for educating young minds and training the next generation of voices. He has served on the voice faculty of The University of Wisconsin-Oshkosh, The University of Wisconsin-Stevens Point, Luther College, and currently teaches Musical Theatre Voice at Viterbo University’s Conservatory for the Performing Arts.