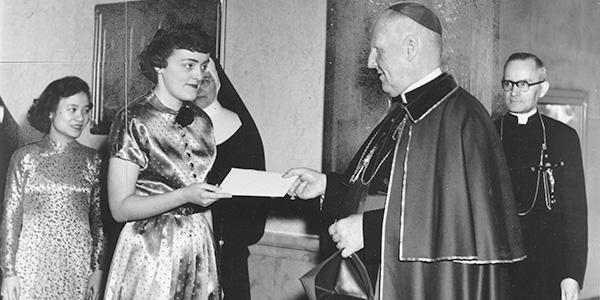 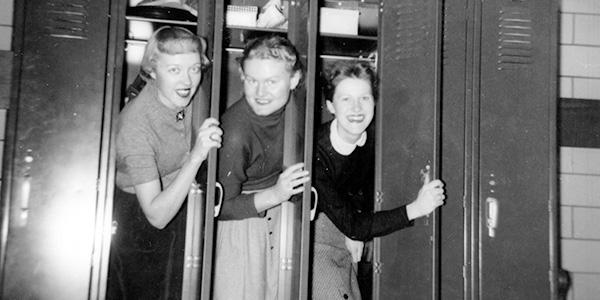 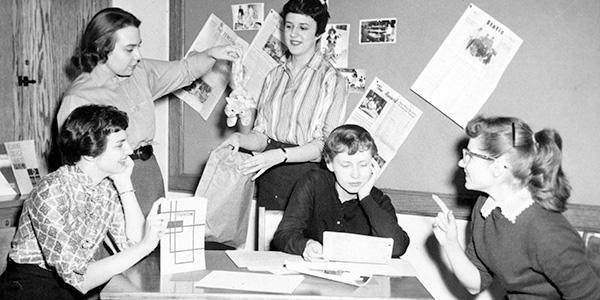 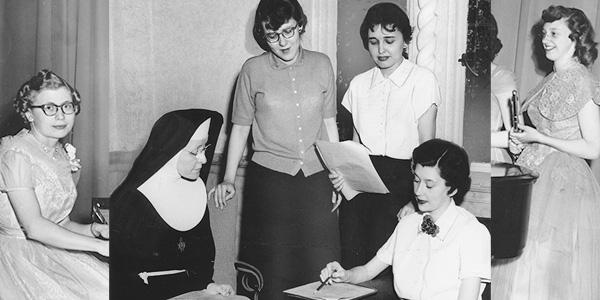 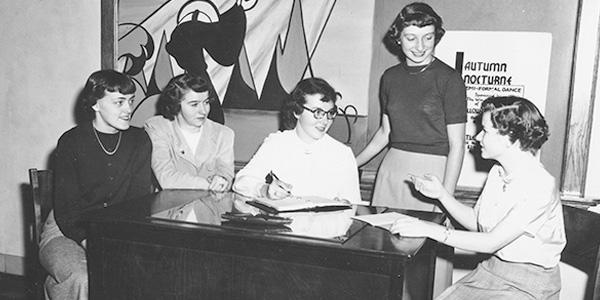 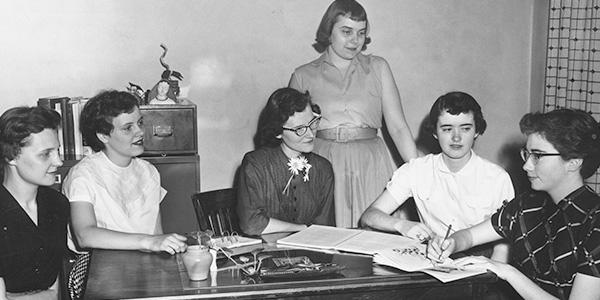 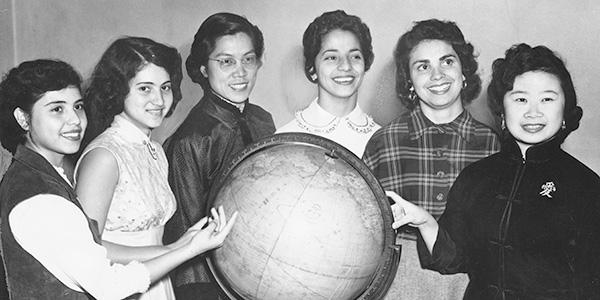 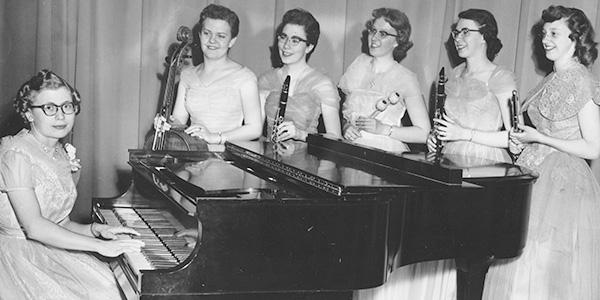 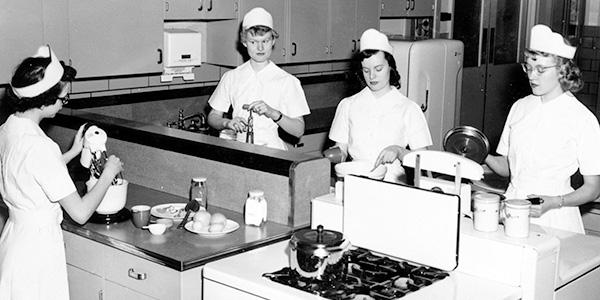 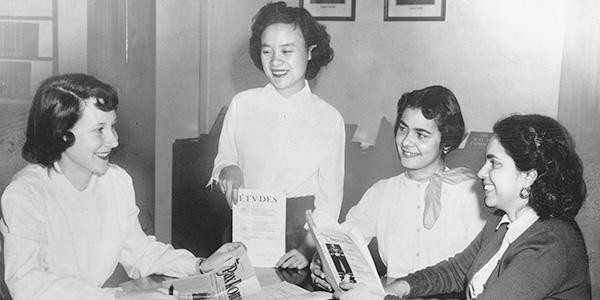 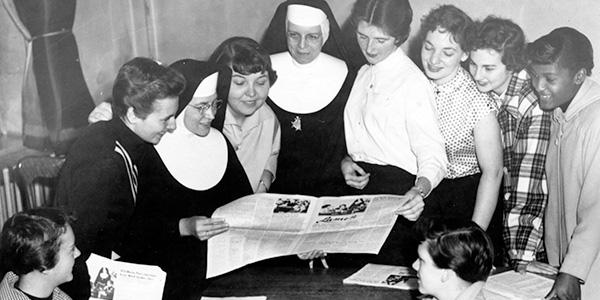 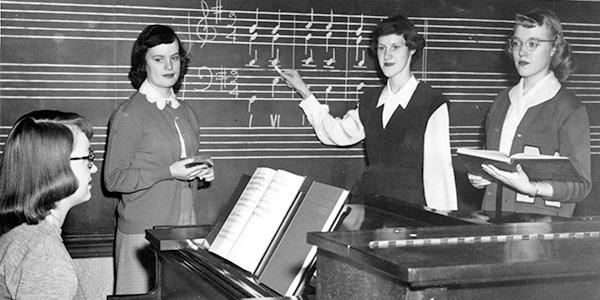 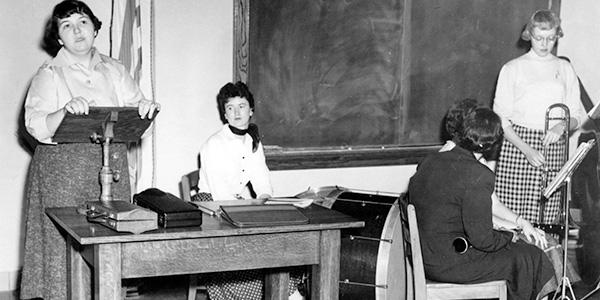 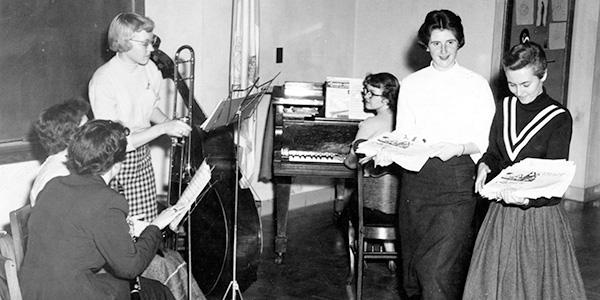 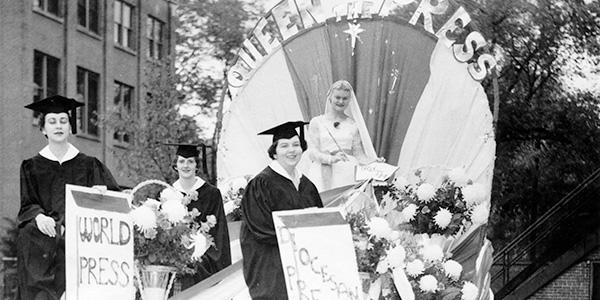 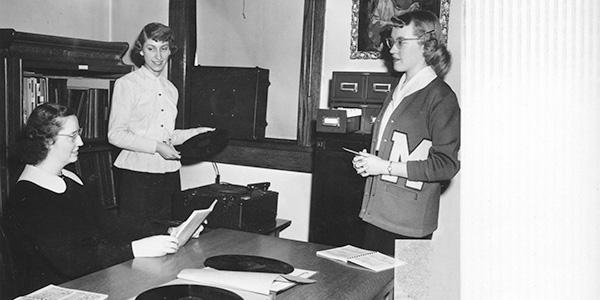 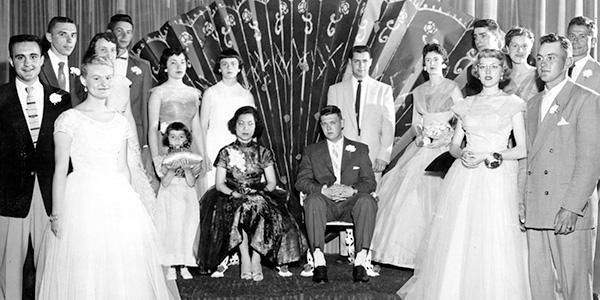 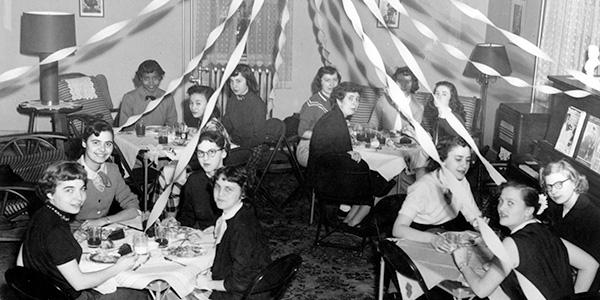 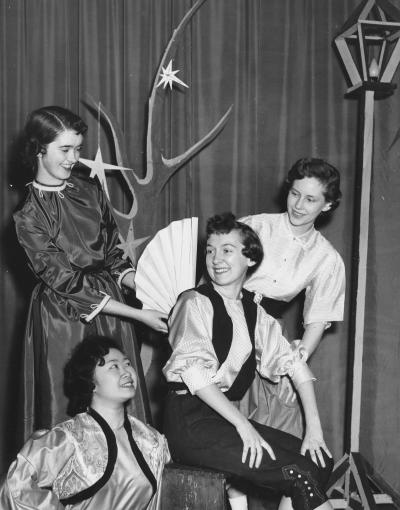 When the 1950s started, Murphy Center was only 10 years old, and the institution had only the year before (1949) expanded its curriculum beyond teacher preparation for the first time to include other majors. Here are a few highlights from the decade:

1950: The first residence hall for lay students was opened when students moved into St. Catherine’s Hall.

1952: Francesca Zoeller, FSPA, was appointed the third president of Viterbo.

1954: Viterbo’s student newspaper, The Lumen, made its debut, and the Viterbo Alumni Association was organized.

1955: The Viterbo Players put on their first theatre production, opening with Christmas on the Village Square.

Distinguished Alumni Award Winners from the 1940s and 1950s 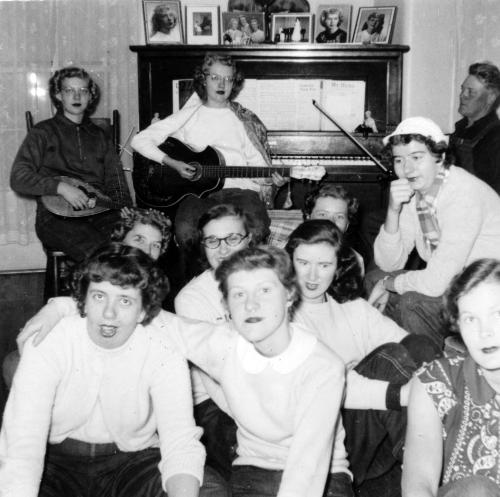