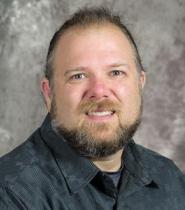 My research group studies the interaction of trace atmospheric gases (NO2, NO, HNO3, HONO, OH, O3) with model soot aerosol surfaces. Soot aerosol is ubiquitous in the troposphere and lower stratosphere. Due to its high surface area, soot aerosol is suspected to play a major role in many surface reactions, but its participation in heterogeneous chemistry is difficult to elucidate. This is partly due to the variability of soot surface properties as the aerosol ages during its atmospheric lifetime of six to ten days. It is generally agreed that soot aerosol is initially hydrophobic but becomes more hydrophilic as the aerosol ages due to an increase in the number of oxygenated surface functional groups. It is also speculated that at some point during this process, the aerosol becomes aEUR~activatedaEUR(TM) for potential cloud condensation nuclei.

A model soot aerosol surface is needed to probe its reactivity with trace atmospheric gases and water vapor as a function of particle age (functional group coverage). An ideal model is a self-assembled monolayer (SAM). A SAM of 2-naphthalenethiol has been prepared as a model for initially formed (or young) soot aerosol. Naphthalene is an ideal terminal group because it is large enough to exhibit polycyclic aromatic hydrocarbon (PAH) behavior yet small enough to form a well-ordered monolayer on a Au substrate. The principal advantage to this system is the ability to vary the hydrophilicity of the model surface by incorporating increasing amounts of hydrophilic terminal groups (carboxylic acids, alcohols, carbonyls, etc.) onto the SAM. In essence a model soot aerosol surface can be prepared with any degree of hydrophilicity desired, and its chemical reactivity measured as a function of particle age (functional group coverage).

Our ultimate goals are 1) to elucidate reaction mechanisms, 2) identify reaction intermediates and products, and 3) measure adsorbate properties (heats of adsorption) for heterogeneous processes that occur in the atmosphere. We use temperature programmed desorption (TPD) and infrared reflection-absorption spectroscopy (IRAS) to attain our goals. These techniques require an ultra-high vacuum (UHV) environment.