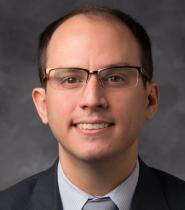 Alexander J. Ashland earned his PhD in English at the University of Iowa. His teaching and research interests include nineteenth- and twentieth-century U.S. literature, with specializations in media and visual studies, critical memory, print culture, and material textuality. His current book project, The Documentary Turn: U.S. Literature in the Age of Compromise, establishes a prehistory and theory of documentary aesthetics as it emerged in the middle decades of the nineteenth century. His work has appeared in the Iowa Journal of Cultural Studies, as well as in edited collections, including The New Walt Whitman Studies and Ekphrasis in American Poetry