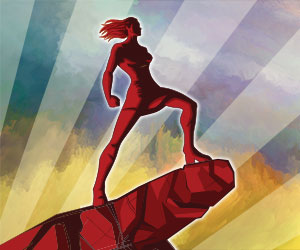 This fresh, fast-paced comedy, inspired by the Aristophanes play, follows Lysistrata, an Athenian housewife, who calls for the women of Greece to help end the Peloponnesian War. She proposes a radical plan: all Greek women must refuse to engage in love making until the men see reason, lay down their weapons, and come home to lay down with their wives in peace. Will Lysistrata and her crew accomplish what the politicians could not?
Contains graphic language and adult content.

Conditions at the Sleep-Tite Pajama Factory are anything but peaceful as sparks fly between new superintendent, Sid Sorokin, and Babe Williams, leader of the union grievance committee. Their stormy relationship comes to a head when the workers strike for a 7½ cent pay increase, setting off not only a conflict between management and labor, but a battle of the sexes as well.

The Pajama Game earned the 1955 Tony Award for Best Musical and won another Tony for Best Revival in 2006. With an energetic score by Richard Adler and Jerry Ross (Damn Yankees), The Pajama Game features hit songs including Hey There, Hernando’s Hideaway, and Steam Heat, which have become toe-tapping musical theatre standards.

The Pajama Game is presented through special arrangement with Music Theatre International (MTI). All authorized performance materials are also supplied by MTI. www.mtishows.com 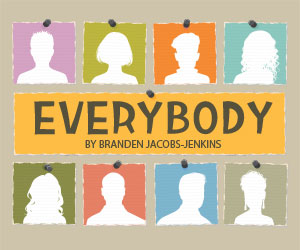 This modern riff on the 15th century morality play Everyman follows Everybody (chosen from amongst the cast by lottery at each performance) as they journey through life’s greatest mystery—the meaning of living. Written by Branden Jacobs Jenkins, who The New York Times calls “one of this country’s most original and illuminating writers,” Everybody was a finalist for the 2018 Pulitzer Prize. The actors’ roles are decided by lottery before each show, with 120 possible casting variations, making it likely that the version of the show you see is unfolding for the very first time. 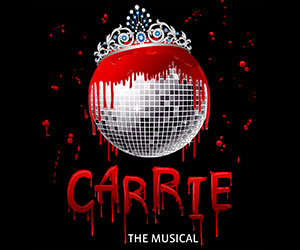 Music by Michael Gore
Lyrics by Dean Pitchford
Book by Lawrence D. Cohen
Based on the novel by Stephen King

Based on Stephen King’s best-selling novel, this rock musical tells the story of Carrie White, a teenage outcast who longs to fit in. At school, she’s bullied by the popular crowd, and virtually invisible to everyone else. At home, she’s at the mercy of her loving but cruel and controlling mother. What none of them know is that
Carrie’s just discovered she’s got a special power, and if pushed oo far, she’s not afraid to use it.

Carrie The Musical is presented by arrangement with Concord Theatricals.www.concordtheatricals.com 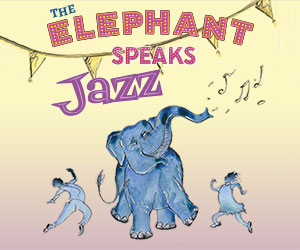 Step right up and see a giant elephant perform incredible feats of wonder! This brand new production features an original score, life-sized puppets, and will wow audiences of all ages. The Elephant Speaks Jazz follows sister and brother team—Lucy and Sam. When ordered to go outside and play they stumble upon an unlikely new friend, Ella the elephant. Little do they know the wild ride Ella will take them on across town, in a lake, and back to her circus home where they discover her hidden talent.

The Elephant Speaks Jazz is supported by the Jim Henson Foundation and is presented in collaboration with WonderStruck Theatre Co. as part of the Viterbo University New Works Festival.