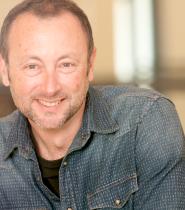 Rick Walters (director of theatre recruitment) is an actor (AEA), director, and teacher. He has been a member of the acting companies at the Guthrie Theatre, Indiana Repertory Theatre, The Empty Space Theatre in Seattle, and a core member of Picture This–-a professional improv group specializing in theatre for social and corporate programs, and health and wellness education. His directing credits include Twelfth Night, Miss Bennett: Christmas at Pemberly, Lysistrata, A Midsummer Night’s Dream, A Chorus Line, The Sound of Music, Violet, The Importance of Being Earnest, Proof, The Three Sisters, On The Verge, Picnic, Anatomy of Gray, Crow and Weasel, Trip to Bountiful, Brighton Beach Memoirs, Great Expectations, A Plague of Angels, Between Daylight and Booneville, Zealot and others. Rick is a recipient of the Kennedy Center–-American College Theatre Festival Actors Center Fellowship. He is a certified associate teacher of Fitzmaurice Voicework® and holds a level-one certification in Margolis Method (a physical approach to acting). He has taught acting, voice, and movement at the University of Minnesota and Indiana University at Indianapolis, and has been influential in developing educational theatre programs at the Guthrie Theatre, Steppingstone Theatre, Park Square Theatre, Young Audiences of Indiana and others. Rick is the past Region III chair of the Kennedy Center American College Theatre Festival (KCACTF). He holds an M.F.A. in acting from the University of Minnesota and a B.S. in theatre from the University of Evansville.