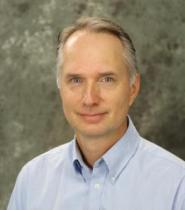 Richard Kyte is Director of the D. B. Reinhart Institute for Ethics in Leadership and Endowed Professor of Ethics at Viterbo University in La Crosse, Wisconsin where he teaches a variety of courses dealing with ethical issues in business, health care, law, politics, and the environment. He has published and lectured widely on topics related to justice, forgiveness, virtue, and the meaning of life.

After growing up in Frazee, a small town in northwestern Minnesota, Richard attended Hamline University where he earned a B.A. in philosophy. He then went on to graduate school, obtaining a Ph.D. in philosophy from The Johns Hopkins University in 1994. Since then he has taught at several colleges and universities including Pikes Peak Community College in Colorado Springs, Calvin College in Grand Rapids, Michigan, and Christian Brothers University in Memphis, Tennessee.

He is the author of several books and writes a regular column for the La Crosse Tribune titled "The Ethical Life."

Rick is an active member of the First Presbyterian Church and the Downtown Rotary Club of La Crosse.  He serves on numerous boards, including the Editorial Board of the La Crosse Tribune, the La Crosse Community Foundation, and the Coulee Region Chapter of Trout Unlimited.

You can learn more about Rick on his personal website.