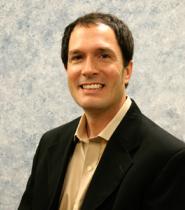 Andrew Hamilton received a B.A. in history from Grinnell College and went on to graduate school at the University of Wisconsin-Madison, earning a Ph.D. in intellectual history with a minor in history of science/medicine. His dissertation was titled “Atlantic Cosmopolitanism and Nationalism: Benjamin Vaughan and the Limits of Free Trade in the Eighteenth Century.” Hamilton’s research has focused on the eighteenth century Atlantic world, with a particular interest in global systems, leading him to work on topics such as the British Empire, the transatlantic slave trade, and the history of capitalism.

In 2014, Hamilton participated in the Reinhart Institute’s Happiness Symposium, presenting a paper entitled “Consumerism and Happiness: The Wealth and Virtue Paradox in Historical Context.” That project sought to explore the development of consumer society in the West and to illuminate the important changes around the concepts of virtue and happiness that were necessary in order for consumption of wealth and consumer goods to be portrayed in a positive light. The western tradition has a long history of apprehension or outright hostility toward impulses that might be considered venal or greedy, and it is really only in the last 200 years or so that such selfish “passions” have been successfully recast to appear innocuous or even conducive to individual and societal happiness. The real turning point came with the Enlightenment innovations around the ideas of virtue and happiness. Through the work of such writers as Adam Smith and David Hume, the notion of virtue was redefined as socially appropriate behavior or politeness in society. And individual happiness, it was argued, could be achieved through attending to one’s self-interest, so long as the accepted norms of social behavior were not transgressed. While work on that project was well-received, it opened up additional lines of inquiry. For example, were the American theorists who adopted these Enlightenment notions looking more toward “liberal economists” like Smith and Hume, or did they have the ancient republican tradition in mind, as scholars like J.G.A. Pocock have suggested? Also, recent work by economists such as Thomas Piketty and Richard Wilkinson has pointed to the increasing significance of income inequality in modern Europe and America, and how that phenomenon has challenged and disrupted many of these Enlightenment promises about the salutary effects of consumerism. To take just one point of interest, it appears that conspicuous consumption may indeed lead to healthy competition under circumstances of relative parity. But under conditions of extreme inequality, that same dynamic becomes deeply destructive to individuals on an economic and psychological level. Through a 2018-19 D.B. Reinhart Institute for Ethics in Leadership Fellowship, Dr. Hamilton completed this project in the form of a book chapter: “A Quandary for Capitalism and Property Rights,” in Civil Liberties in Real Life: Seven Studies, ed. Timothy Shiell (Cambridge Scholars Publishing, 2020).