During this year's spring break at Viterbo University, a group of 30 Viterbo University students made their way to southern Texas, where it was sunny and warm. But this was no pleasure trip. This trip was all about service, learning while doing some good.
For students, it was all that and more.
“I feel like I will be forever changed,” said Zoe de Boer, a junior majoring in theology (previously music theater). “Overall, the trip was extremely transformative for me.”
“None of us had any idea what we were going to experience when we left. We didn’t know the huge impact it would have on us, emotionally, spiritually, even physically,” said Ben Gibson, a senior biology major who also is working on his Master of Business Administration degree already.
C.J. Trussoni, a Viterbo senior and editor of the student-run Lumen newspaper, also went on the trip and wrote a story for the latest edition of the Lumen.

The service immersion trip to the border town of McAllen, Texas, was led by Assistant Professor of Religious Studies Laura Nettles, FSPA, Campus Ministry Director Emilio Alvarez, and Integrated Learning and Programs Coordinator Colin Burns-Gilbert.
The idea for the trip started with Sr. Nettles, who knew that an FSPA group had been there already, blazing a trail and establishing connections that would help make a service immersion trip more fruitful, Alvarez said.
“As opposed to trying to buy into a service program that’s already running, we wanted this trip to build relationships that will give students a well-rounded experience and be educational and have an impact,” Alvarez said.
The group left March 5, traveling by coach bus for more than 24 hours to arrive Friday evening for a week exploring the treatment of asylum seekers at the border and pitching in to help in a variety of ways, from cleaning and gardening to sorting and organizing donations for refugees.
When planning for the trip started, Alvarez said it was expected that the students would encounter overcrowded detention centers, filled with asylum

seekers awaiting processing. A January order from the Trump administration that asylum seekers at the Mexican border stay in Mexico to await processing.
That “stay-in-Mexico” order meant that a daily flood of hundreds of asylum seekers coming across the border had become a trickle, Alvarez said, with maybe a couple dozen per day getting processed at most.
The change has significantly improved the situation in the U.S. detention centers, but it has shifted the problems to Mexico. Students weren’t able to visit the camps, but they were able to talk with aid workers who had. Their stories of life in the encampment, where 1,500 people are living in tents designed for 500, were distressing.
“It’s horrible,” De Boer said. “We’re standing on one side of the fence looking at these tents, and there’s nothing we can do about it.”
Early on in the trip, the Viterbo group visited a section of border wall where Sr. Nettles read a long list of people who had died seeking refuge in the U.S., giving their ages and details about how they died. One of the names read

belonged to a toddler who died of a gunshot wound and a 7-year-old who was strangled, entangled in barbed wire.
After Sr. Nettles was done reading the names, Gibson spoke up, asking who in the group was angry or sad. Everybody raised their hands, and that was just one of many powerful moments on the trip.
“Little did we know how much our feelings would be amplified as we had more experiences,” Gibson said.
“There was this movement from anger to surprise to really understanding what’s occurring. Then we worked with agencies that provided a little bit of hope that there are opportunities to make changes, not just in their daily lives but in politically advocating for them,” Alvarez said.
For de Boer, the visit to the border wall was “breathtaking in a negative way,” she said. “I have been aware of issues surrounding immigration, but it was so eye-opening to go there and see the border wall, this nasty, disgusting structure that is creating hate.”
In addition to spending time helping at two shelters, students also got a chance to visit with people living across the border in Mexico, families who despite extreme poverty were generous and welcoming to their guests. And when children got out of school, Viterbo students played games and visited with the youngsters.
“Even though we were experiencing anger and sadness, we also had hope and happiness from making these connections,” said Gibson, who hopes to go to medical school and eventually start a clinic to help underserved populations.

Gibson and de Boer noted that while the trip is over, it doesn’t mean participants are done trying to help those in need in McAllen and Mexico. Their service could be as simple as actively working to dispel stereotypes of immigrants and spreading awareness of the difficult conditions they face, both here and in Mexico. Or it might mean raising money to support aid programs.
In Mexico, de Boer met an 18-month old girl, Briseira, and has committed to donating $15 per month so the girl can go to school when the time comes. Meanwhile, she plans to help Briseira’s family financially and stay in touch with them.
“I think the human connections we made on this trip were the most important part,” said de Boer. “My biggest takeaway from this trip is how wrong all of our stereotypes and preconceived notions of people in Mexico are.”
Gibson came home with a similar perspective. “We realized how often people forget these are human beings trying to start a new life and get away from violence and poverty,” he said. “There’s so much power in loving other people and showing them compassion.”

Scenes from a Service Trip 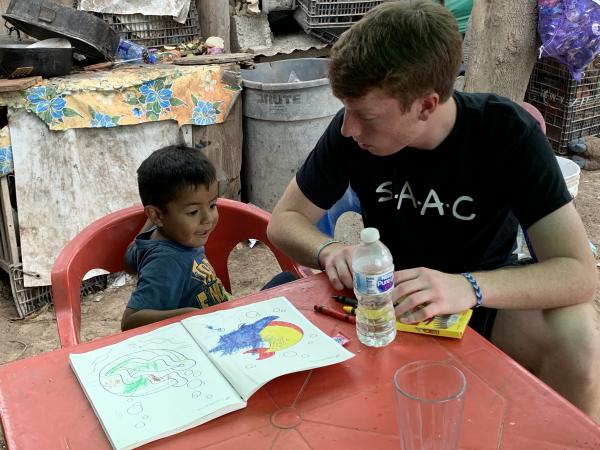 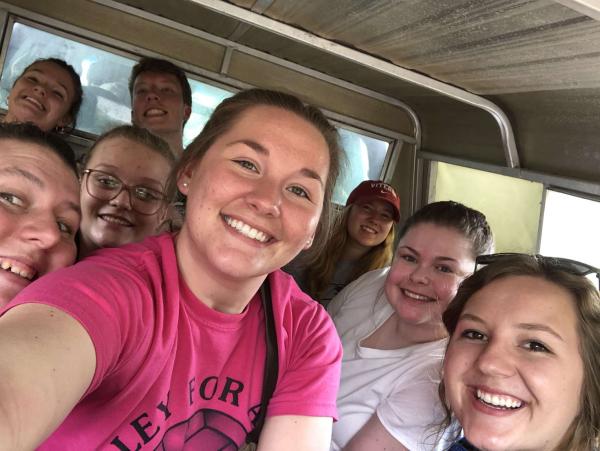 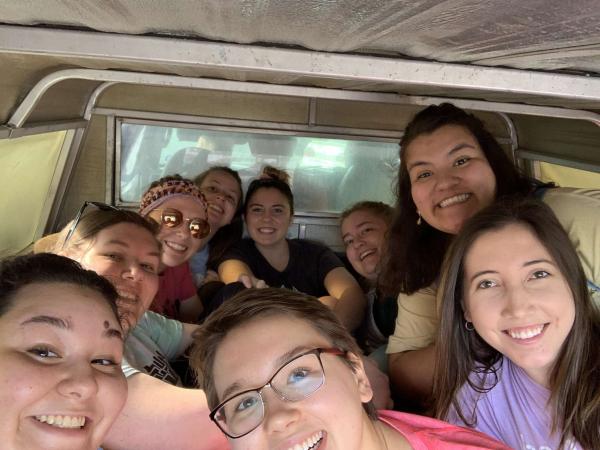 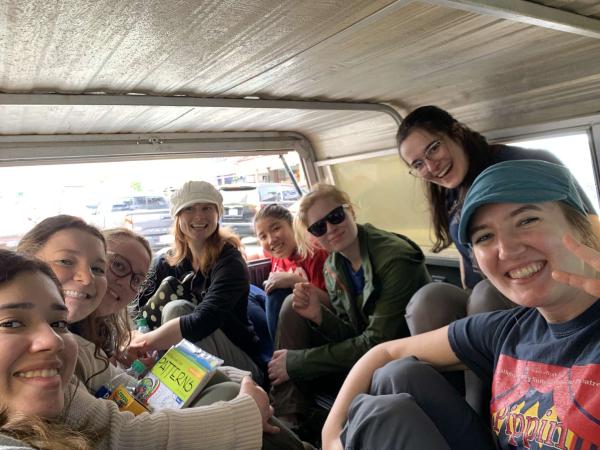 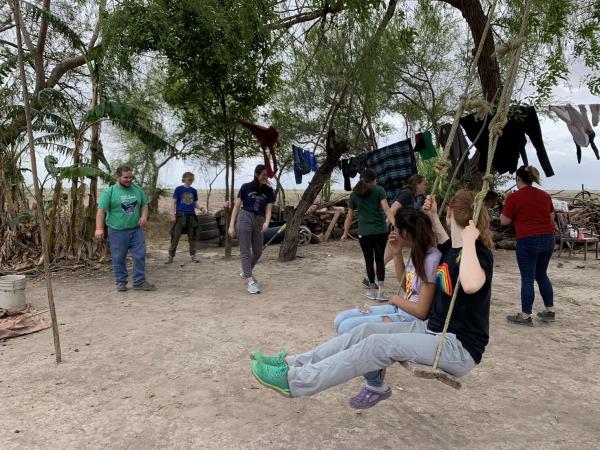 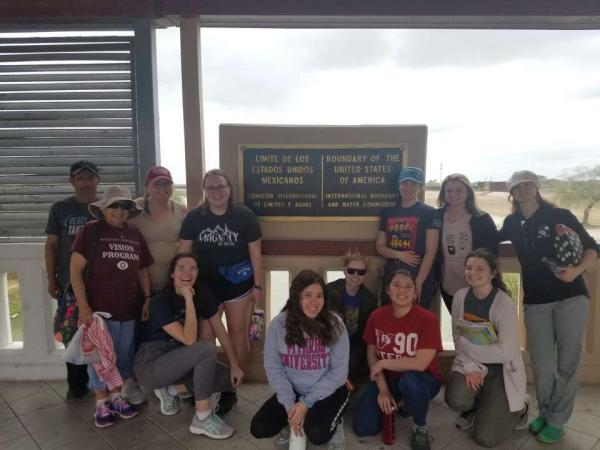 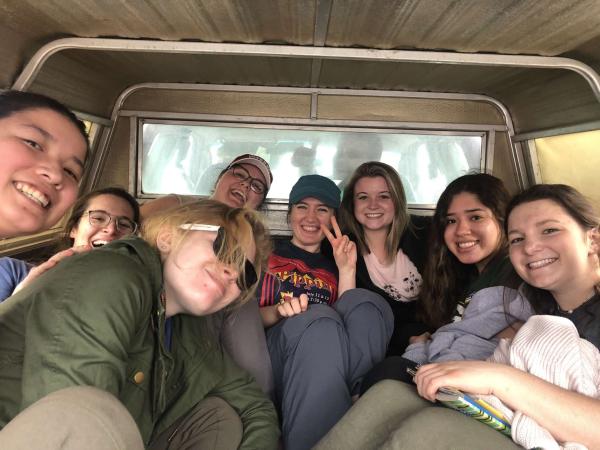 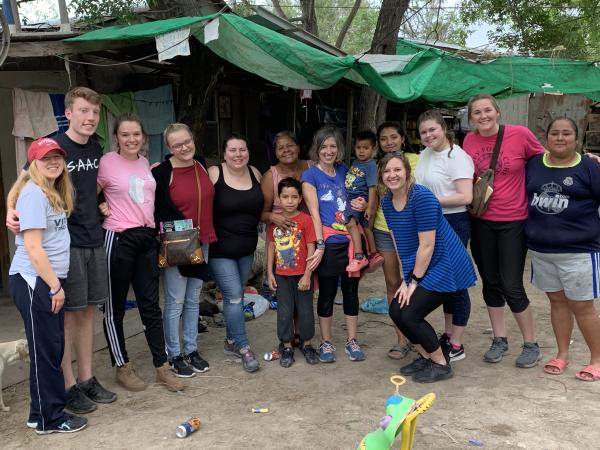 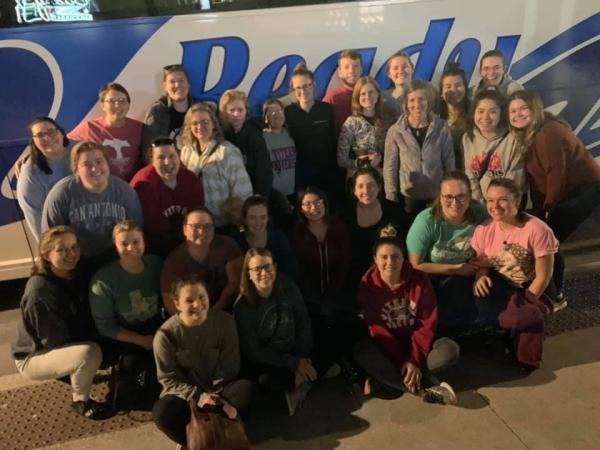 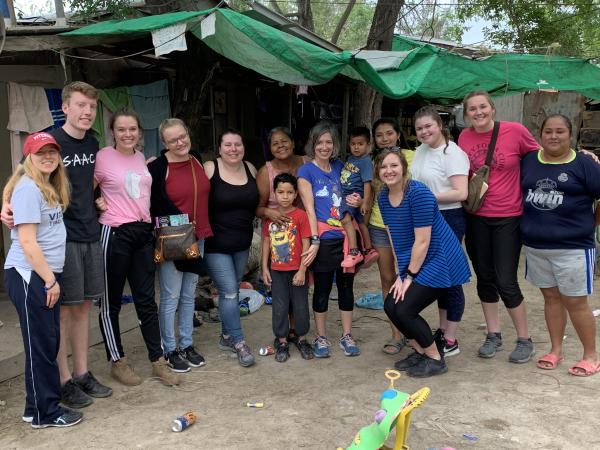 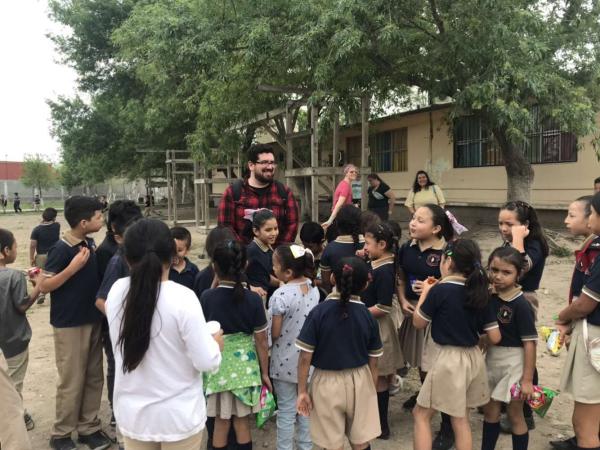 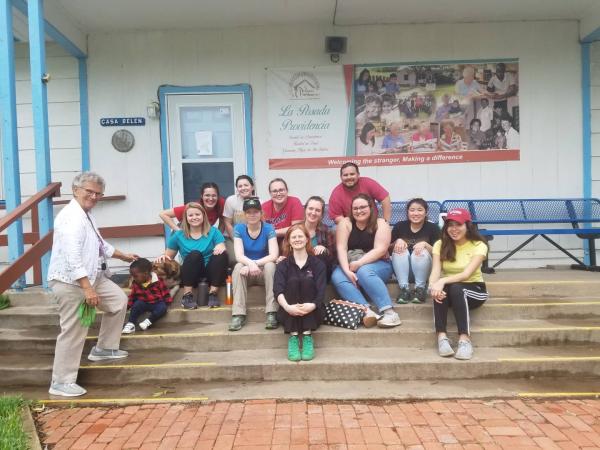 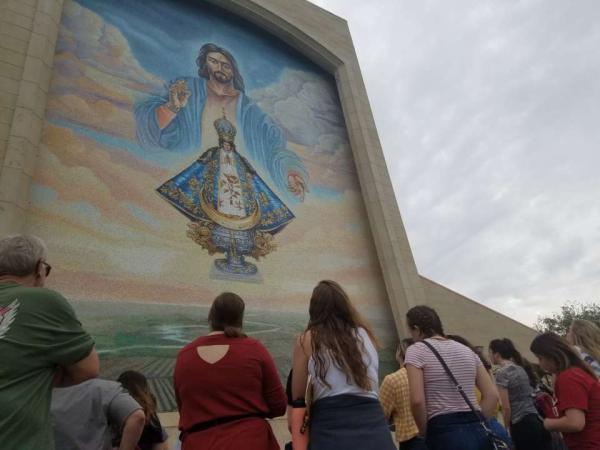