Viterbo University had its beginnings in the early academic endeavors of the Franciscan Sisters of Perpetual Adoration (FSPA). St. Rose Normal School was launched in 1890 to prepare FSPA members to teach in elementary schools.

Collegiate courses were introduced in 1923, and the FSPA started moving toward development of a four-year college program. By 1931–1932, St. Rose Junior College had been formally established, with Sister Rose Kreibich as the first dean and driving force in a quest to become a full-fledged four-year college. In 1937, as plans were being made for a new five-story campus building, the name was changed to Viterbo College.

By 1939, Viterbo was approved as a four-year, degree-granting institution for the preparation of elementary school teachers. The first Viterbo College commencement exercises were held in 1940, with the first two bachelor’s degrees going to Ellen Burger and Helen Kirscher, both FSPA members. Lay women were first admitted in 1943. 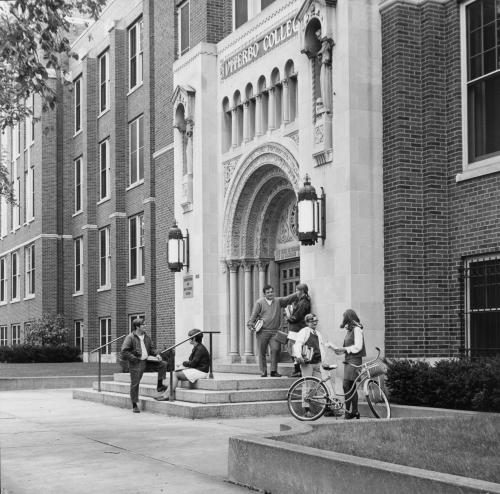 In the 1950s, Viterbo expanded its liberal arts programs and in the preparation of teachers for secondary schools. With its status as a four-year liberal arts college achieved, Viterbo attained accreditation by the North Central Association of Colleges and Secondary Schools in 1954.

Viterbo went through a period of major change and growth in the 1970s, becoming fully coeducational in 1971, adding intercollegiate athletics, and expanding the breadth of academic programs. The expansion in programs brought a corresponding boom in student enrollment. In the 1970s, 1,292 students earned degrees, and that rose to 1,643 in the 1980s. The number of graduates more than doubled in each of the following two decades, rising to 3,388 in the 1990s and 8,077 in the 2000s.

On Sept. 4, 2000, Viterbo marked another milestone — the change in status from college to university. The change to Viterbo University formalized, in name, what had already been declared by the U.S. Department of Education. In 1994, the Department of Education reclassified Viterbo as a "comprehensive institution (university)" due to its phenomenal growth in enrollment and its expansion of undergraduate, graduate, and outreach programs. 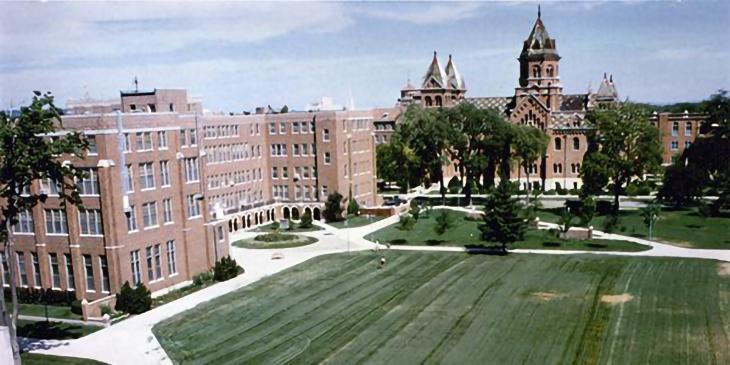