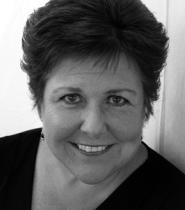 Nancy founded and directs “Platinum Edition,” a collegiate show choir that has forty one members. In March 2017 they performed at the American Choral Directors National Convention in Minneapolis. Platinum Edition enjoys hosting and performing at the Viterbo 101 Show Choir Competition each January and putting on a show for the public every semester. Platinum Edition has performed and hosted at high school show choir competitions in New York City, Orlando, Branson, Los Angeles, Chicago and Nashville.

Nancy enjoys working as a professional accompanist and has played over 100 musicals and operas.  She founded and directs a summer community cabaret show and serves as camp coordinator for Stagestruck, a music theatre camp for children. She is director of the Sanctuary Choir at the First Congregational Church and is enjoying her tenth year as organist. Favorite hobbies include golf, traveling and playing cards!