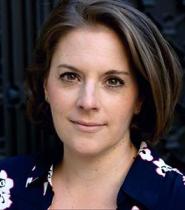 Erin Jerozal is an actor (AEA/SAG/AFTRA), educator, director and writer. Erin earned her MFA in Classical Acting from the Shakespeare Theatre Company’s Academy for Classical Acting at The George Washington University in Washington, DC and has her BFA in Musical Theater from Syracuse University. As an actor, she has worked off-Broadway and regionally in both musicals and plays. Highlights include: Hamlet, The Secret Garden, Company, Measure for Measure, and Jacques Brel is Alive and Well and Living in Paris, along with many new works developed with NYC acting companies, writers and directors. While in NYC, Erin performed with the long-time musical improv group, Chicago City Limits, as well as with class teams at Upright Citizens Brigade and the Magnet Theater. In addition to her roles in theater education, Erin has also worked for over 20 years as a standardized patient and medical educator, teaching communication skills for numerous medical schools throughout New York City, including NYU, Cornell and Einstein College of Medicine. She helped to establish and grow a standardized patient program at St. Lucia’s Spartan School of Medicine in the Caribbean. Erin is a member of The Association of Standardized Patient Educators (ASPE) and recently co-wrote and led a communication skills workshop at their annual conference. www.erinjerozal.com.